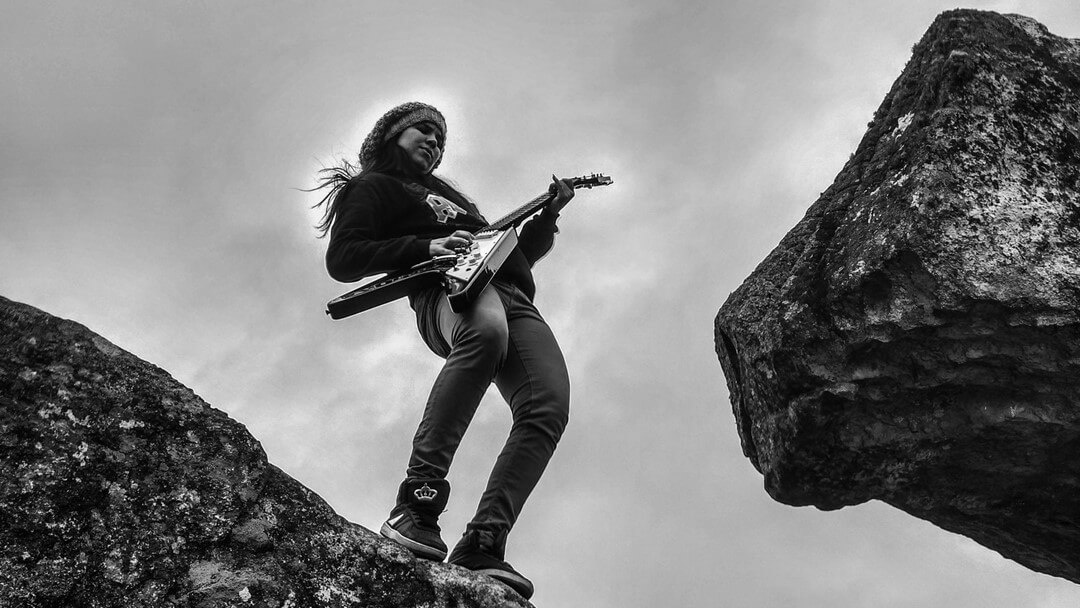 In June 2017 The Washington Post published an article “While my guitar gently weeps” on the alleged death of the electric guitar. Many found their argument to be reductive and unfair. (She Shreds published a very thought-provoking response). Andy Mooney, CEO of Fender Musical Instruments Corporation, suggested that the claim of a dying industry is greatly exaggerated. In October 2018 Fender published research led in conjunction with Egg Strategy™ on the current state of guitar playing in the United States and United Kingdom. The aim of the research was to better understand the current generation of guitar players, their needs, desires and overall lifestyle preferences. The key overall finding was that musicians are playing more guitar now than ever but in new and more innovative ways. 6 new key insights emerged:

While reading this I was wondering whether guitar manufacturers and retailers are taking these statistics seriously. Will they adapt the content and target of their marketing and advertising initiatives, or even the product itself? Since we are celebrating Women’s month I was especially pondering the fact that 50% of new players are female.

On a personal level, I have always found guitar-related marketing and advertising to be more aimed towards males. If females were involved, it was more as a scantily clothed “prop” or “incentive” to lure males into buying the product. It was not necessarily (in my view at least) intended to target females as legitimate consumers. Some companies made attempts to attract female buyers but were not necessarily hitting the mark. Can anyone still remember the original Daisy Rock girl guitars? They came out with “girly” pink or sparkle colours. I am not knocking Daisy Rock guitars. They have my respect as they were trying to cater to a section of the guitar-playing community that was neglected for a very long time. (The current catalogue of Daisy Rock guitars has developed a lot from their humble beginnings and provides a very diverse selection of instruments).

I have nothing against a pink guitar. I actually rocked a Salmon Pink Frank Gambale signature Ibanez in the ’80s that was as close to pink as pink itself. I am merely making the point that a guitar made to appeal to women should not necessarily be pink. Is it a common assumption that all women love pink? Or that all women prefer shiny and sparkling guitars? If it is the case, it might be very wrong. A case in point is a few of the female signature models that were released over the past few years. Have a look at the Nita Strauss Ibanez JIVA10, the St Vincent Music Man, the Lizzy Hale Epiphone Explorer, the Kaki King Ovation or the new Arielle Signature model from Brian May guitars. Each of these guitars stand in their own right as excellent instruments just as suitable to males. In fact, the amount of males playing the St Vincent Ernie Ball Signature guitar testifies to that – something a quick Youtube search will reveal. The top female shredders in the world use exactly the same as their male peers and there is not a single pink guitar in sight.

My expectation is that guitar companies will start treating women as legitimate and discerning consumers. If not they will ignore 50% of the guitar buying public. That’s if I make the assumption that the results from the research are also a reflection of the South African guitar market. I am also expecting a change in advertising and marketing campaigns to cater more for women, or at least make it less “rock star” and more lifestyle-oriented. It is about time. It will also be great if any stereotyping on what a women’s guitar should look like can become something of the past. Hopefully, we can stop referring to “women’s guitars” or “men’s guitars”, but just call it “guitars” that are suitable for “guitar players”. Women might just save the electric guitar after all…