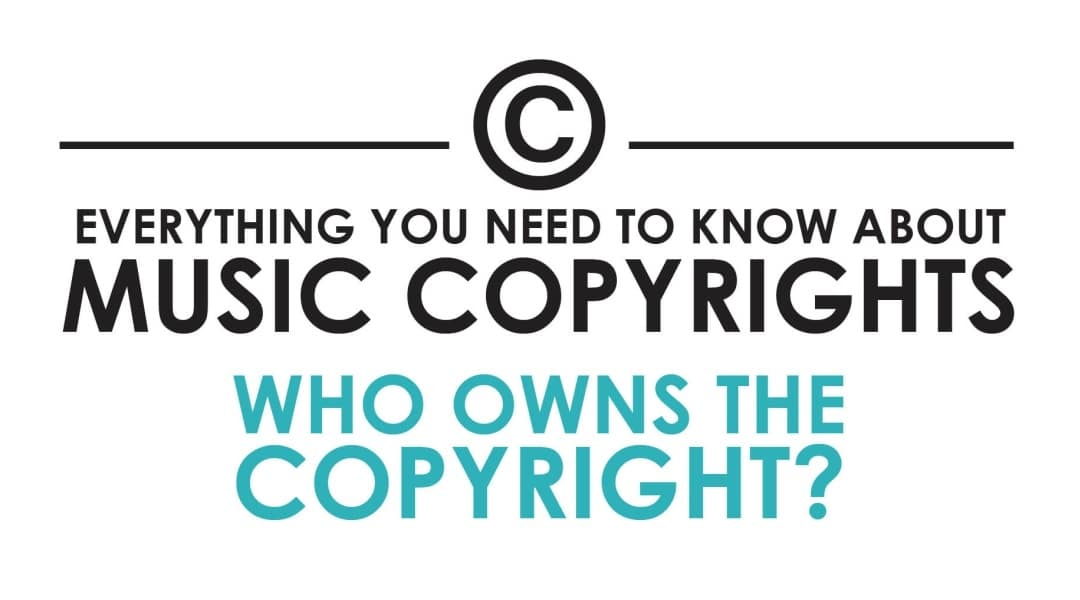 Here is a common situation: Your band has been rehearsing a new song, it’s not yet recorded, it is just some ideas you have been jamming. Who is the copyright owner . . .? No one.

But this doesn’t make sense, right?

Here is another scenario:  You hum a nice melody and lyrics. Somebody hears you, writes it down, and records it. It was all your ideas, but now they get all the copyrights, and you left with nothing. Doesn’t seem fair does it?

Have a look at this infographic to see who is the copyright owner in these scenarios. It might make more sense after having read it. 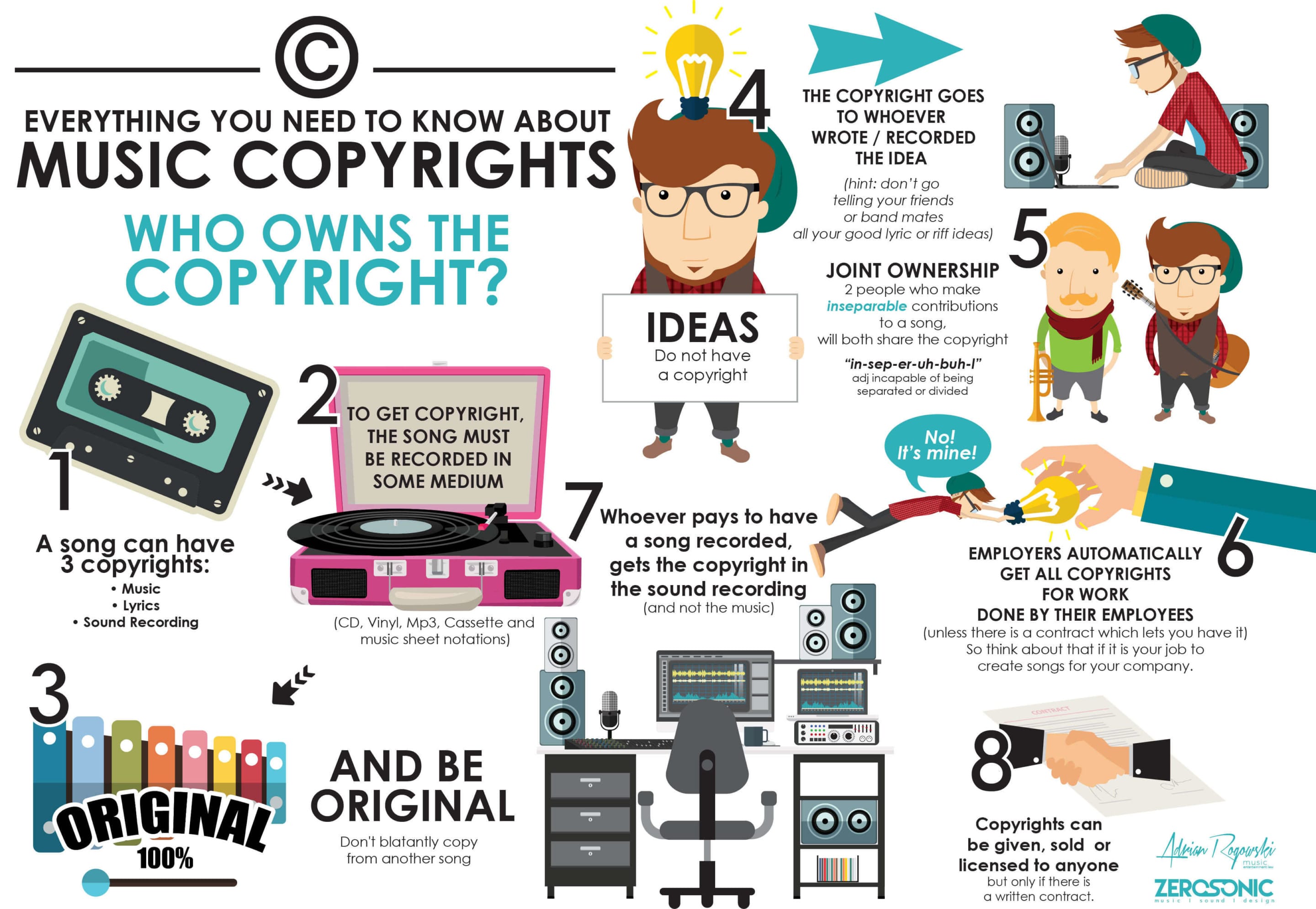