On the mic with Joshua na die reën 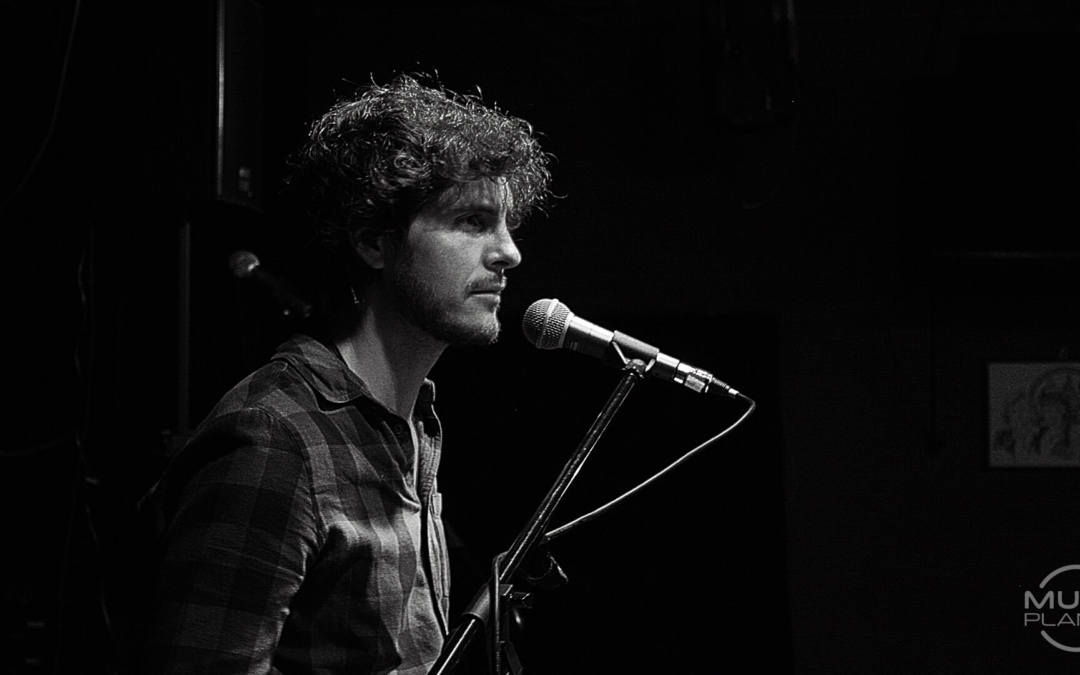 I met up with Jacques de Villiers and Heini Berner from Joshua na die reën at Die Boer in Durbanville. Their previous album Die wêreld binne my caused quite a stir in the Afrikaans music market. The production is on par with the best, the lyrics are poetic and thought-provoking and the song writing of a very high standard. They have chartered their own course and are still unsigned. They are self-released and self-distributed. They have shied away from streaming services up until now, but you can download their music from iTunes. Their new album was the main topic of our conversation and Jacques shed some light on the album and the road ahead.

MP: What are you doing different on this album?

Jacques: Most of the songs on Die Wêreld binne my was produced by Ben Ludick from Stellenbosch Studios. I usually write the lyrics, melody and main piano or acoustic guitar parts together. I took that to Ben and he arranged it further. However, due to pressing deadlines I was forced to produce five songs myself. As part of my music studies I was exposed to music production, but I somehow never trusted myself with it. Being forced to produce was a good thing as I realised that I can do it. The big change from the previous album is that I am producing the new album myself and on my own time. It is a two-edged sword though, as you can become over-critical when producing your own music.

Jacques: Yes. With the previous album we mostly used session musicians, but with the new album the members of the live band are also part of the recordings. This makes producing easier as I do not for instance have to think for the guitarist what to play.

MP: Is your writing style still the same?

Jacques: In terms of the writing style, the new material is more poetic. Maybe more serious or “deeper” in terms of the overall emotion and mood. Having a few bad life experiences and hearing of others going through the same stuff, makes you reflect more than usual. You connect with your emotions more acutely. (Jacques and his wife suffered a miscarriage last year which had a profound impact on them). The overall sound is also much more raw and maybe a tad less “produced”.

With my previous album I was more of a dreamer. Life was “good” and the songs in general very hopeful. With the new album there are more raw honesty. I am not trying to sugar coat anything and just trying to say it exactly as I feel. I am more open and willing to explore my darker side. With this album I wrote differently than before. Last year I wrote about 40 songs and it was the first time that I did not have to sit down and consciously force myself to write something. It just came to me in all shapes and forms. Sometimes the lyrics, sometimes an emotion and sometimes the music. I do not understand the concept of “song writing workshops” to teach you song writing skills. In my experience there are no rules for inspiration.

MP: Do you feel that you are exposing yourself more on the new album?

Jacques: Yes, but I do not think that people will necessarily feel that. I am at the point where I am comfortable saying exactly what I believe and feel. For a while I refrained from that as I was afraid of being judged. I am not willing to compromise on that anymore. The new album will be called Someraarde. My lyrics are also open for interpretation. The listener can use it to tell their own story and relate it to their own experiences. During live shows I do share some details of what the songs are about.

My vocal trainer keeps complaining about my vocals during some of the songs. I can’t help feeling the emotions that led to some of the songs. That causes my throat to contract especially when I am sad, and it causes havoc with my vocal abilities. It is what it is, though.

MP: How does the recording process work?

Jacques: I book LittleBig Studio in Pretoria for a week at a time. I pre-arranged everything in Logic and we just track and put all of it together in the studio. Some of the demo tracks are kept on the final mixes, but I do not compromise on live strings. That is all recorded live in the studio. 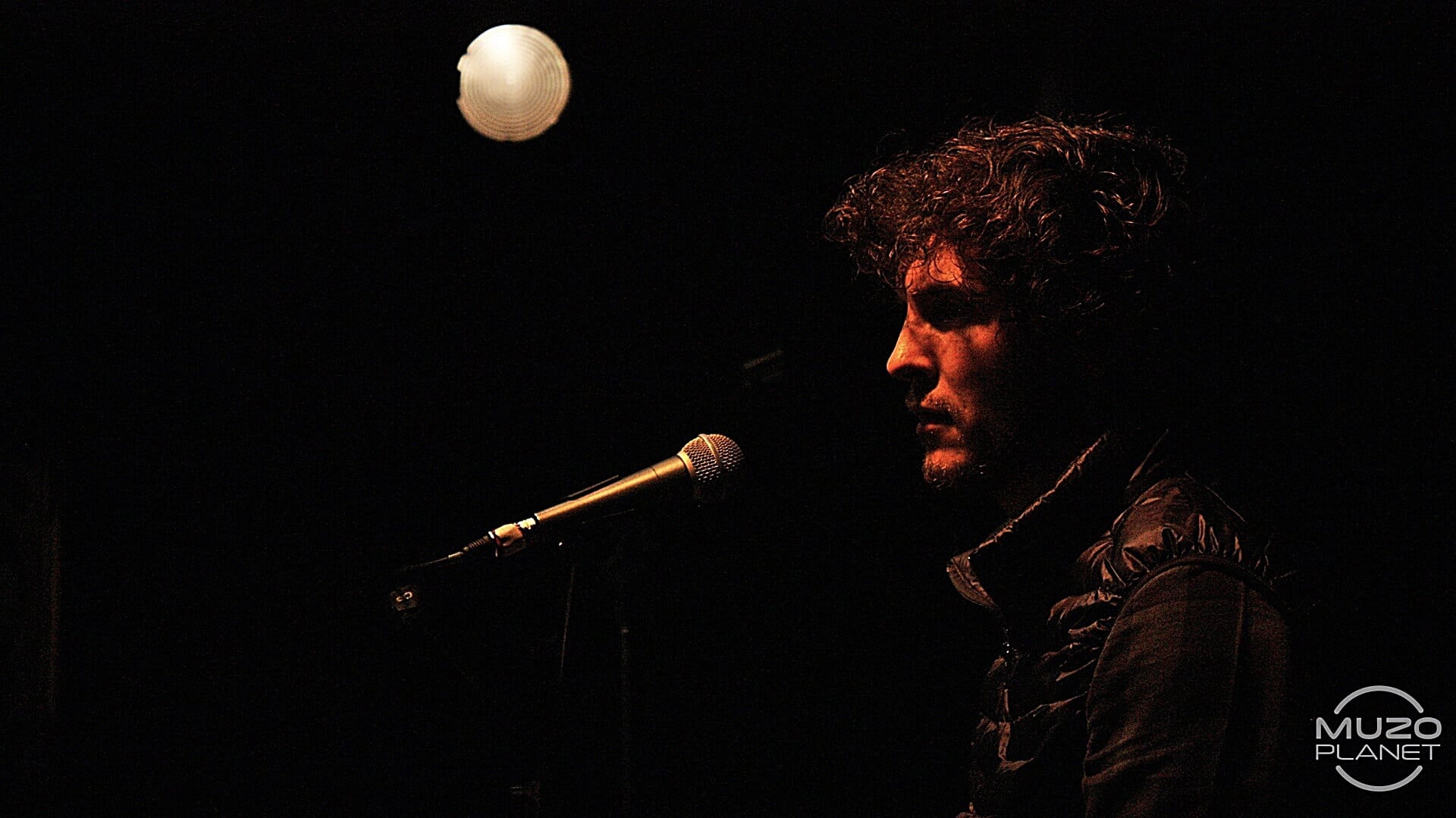 MP: Watching your performance last night, I was very impressed with how well your “big production” songs from Die wêreld binne my translated to just piano and guitar.

Jacques: Thanks for that. In the beginning I was hesitant to perform without the band because of the big production on the album. It was a challenge for me to do solo gigs just with a piano. With the new album my approach was to write each song in such a way that it can stand on its own with just a piano and vocal. It must be good enough in this format to make the album, otherwise it’s not a contender. The focus of the production is simply to add something here and there. With a big production it can be very difficult to get the piano and vocals to sit well in the mix, so with the new album we recorded all the piano and vocals first. Everything else, even the drums, are added afterwards. Each musician is also playing less as we want it to translate well to the live stage. We are for instance not layering three guitar parts if we cannot replicate it live.

MP: When are you planning on finishing and releasing the new album?

Jacques: We still have three songs to go. I am also producing the new Leani Reynolds album, so I am working on hers and mine back to back. We are working towards a launch date early 2019.

MP: Are there any other exciting projects in the pipeline?

Jacques: Yes, but I cannot share anything now. One thing I would like to change is the perception that Joshua na die reën is a solo artist. In a sense it panned out that way, but from the beginning the whole intention was for this to be a band. Joshua na die reën was supposed to be a name for the music, not an individual. Unfortunately, the media pulled it in a different direction. We are in a transition period now. This will be the last album for Joshua na die reën as an individual from a writing perspective. The next one will be much more of a collaborative band project. It is complex though as there are a few business decisions involved, but I have a dream and would like to make it work. Up until now I have felt alone at times musically, but hopefully this album will be the last.

MP: What are your impressions of the music industry in South Africa?

Jacques: It is a challenge. In the Afrikaans music market there is a certain style that will get radio play and record company support. If you fall slightly outside of that you are on your own. Fortunately, in the circles where we move, there are many artists providing something different to the average listener. We recently performed in the Netherlands on invitation from Herman van Veen. The previous artist he invited over was Johannes Kerkorrel and at that time the Afrikaans music scene was very similar to now. In those days you had the mainstream “back track” artists singing European songs translated to Afrikaans on the one hand. On the other hand, you had the song writing artists writing about the issues of the day which culminated in the Voëlvry tour. It excites me as the same thing is happening now. A new generation of Afrikaans listeners are coming through that wants something different. There is a big gap for Afrikaans music that does not really fit the Afrikaans is Groot mould nor the Oppikoppi vibe. There is nothing wrong with any of the two. They are very important to the Afrikaans music industry and serve big sections of the market. There is however a need for something in between the two and that is mostly where we reside. So, in the circles that I am moving the industry is awesome.

Watch: Joshua na die Reën – Die Wêreld Binne My (The world inside me)