On the mic with Jono Bell 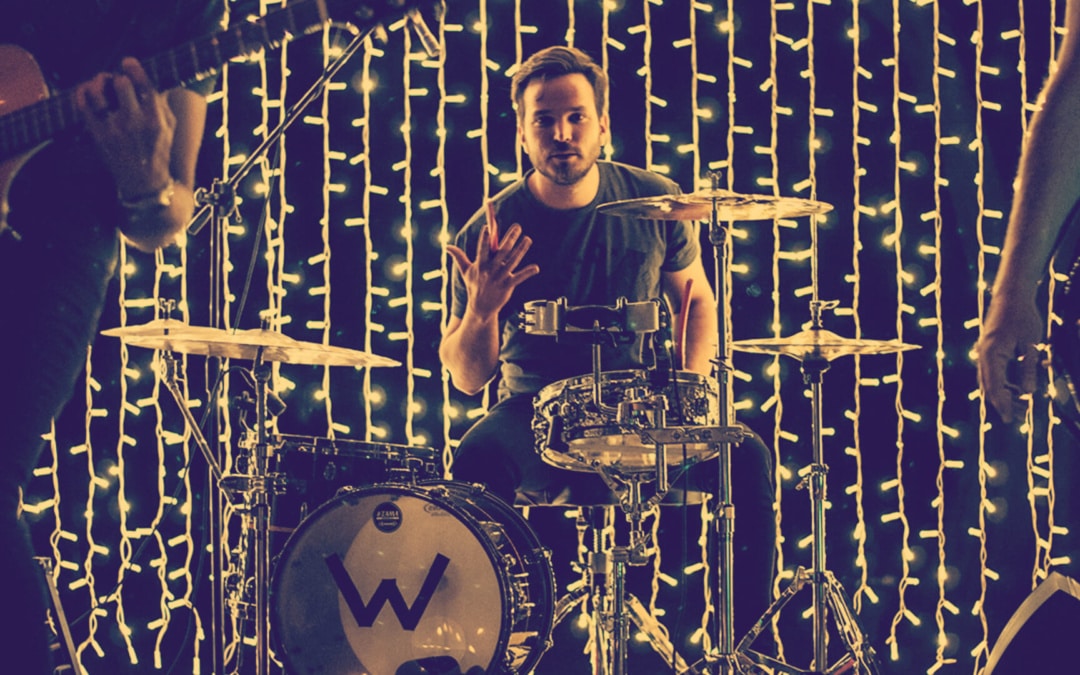 WONDERboom has been rocking South Africa since 1996. After 22 years they are still going strong. They have released 9 albums, headlined every major SA festival and been nominated for 5 SAMA’s (South African Music Awards). They also won a Kanna Award & People Crystal Award in 2003 for South Africa’s hottest band. On top of that they also won the South African leg of the 2004 Global Battle of the Bands & came second worldwide, all while maintaining the level of music that audiences love.

Although rock is the fundamental sound of the band, WONDERboom has delved into various genres, ranging from funk through to punk and even kwaito. It’s been a cathartic and introspective journey since, but no one who has seen them live can deny the sheer magical force that is WONDERboom. To top it all they will be opening for Guns ‘n Roses in Johannesburg in November. We caught up with drummer Jono Bell.

MP: You’ve been part of WONDERboom since 2013 after the tragic passing of Garth McLeod. How did you get the gig? Did you know the guys or was there an audition run?

Jono: It’s actually a story of networking. I knew the original drummer from when I was trying to make it with my old band Allegra. Through him I got to know and play with Wade, our bassist. When WONDERboom needed a drummer they asked me to step in because Wade vouched for me. I played 2 shows that were lined up at that stage and haven’t stopped since.

MP: How did it feel when they gave you the nod and you realized you are part of WONDERboom?

Jono: There were actually two occasions where they gave the nod. The first one was when they asked me to play the first two shows with them because they needed a drummer. I was ecstatic. Both of them were the biggest gigs I had played up until that point. Then after a while they asked me to join as a fully-fledged member. That was a great moment for me.

MP: Did you have to learn all the original parts or were the guys okay with you bringing your own feel and style to the songs?

Jono: The guys have never insisted that I play anything verbatim. They were always happy with my interpretation. I haven’t changed the old songs much but I also learnt the songs in the band room with the guys mostly. I was very weary of listening to the old recordings after the first rehearsals. I didn’t want my feelings to dominate my consciousness.

MP: Do you still practice law?

Jono: I do. It’s pretty hard out there if you want to be a full-time rock drummer. I need a job to stay afloat. I’m not session drummer material. That’s a whole different category of drumming that I have never been interested in. I respect them all but its not for me. I love rock music.

MP: How do your clients feel or react when they find out that you are in one of SA’s most legendary rock bands?

Jono: I don’t tell them unless they ask. The few that find out and bring it up with me are all very chuffed and supportive. 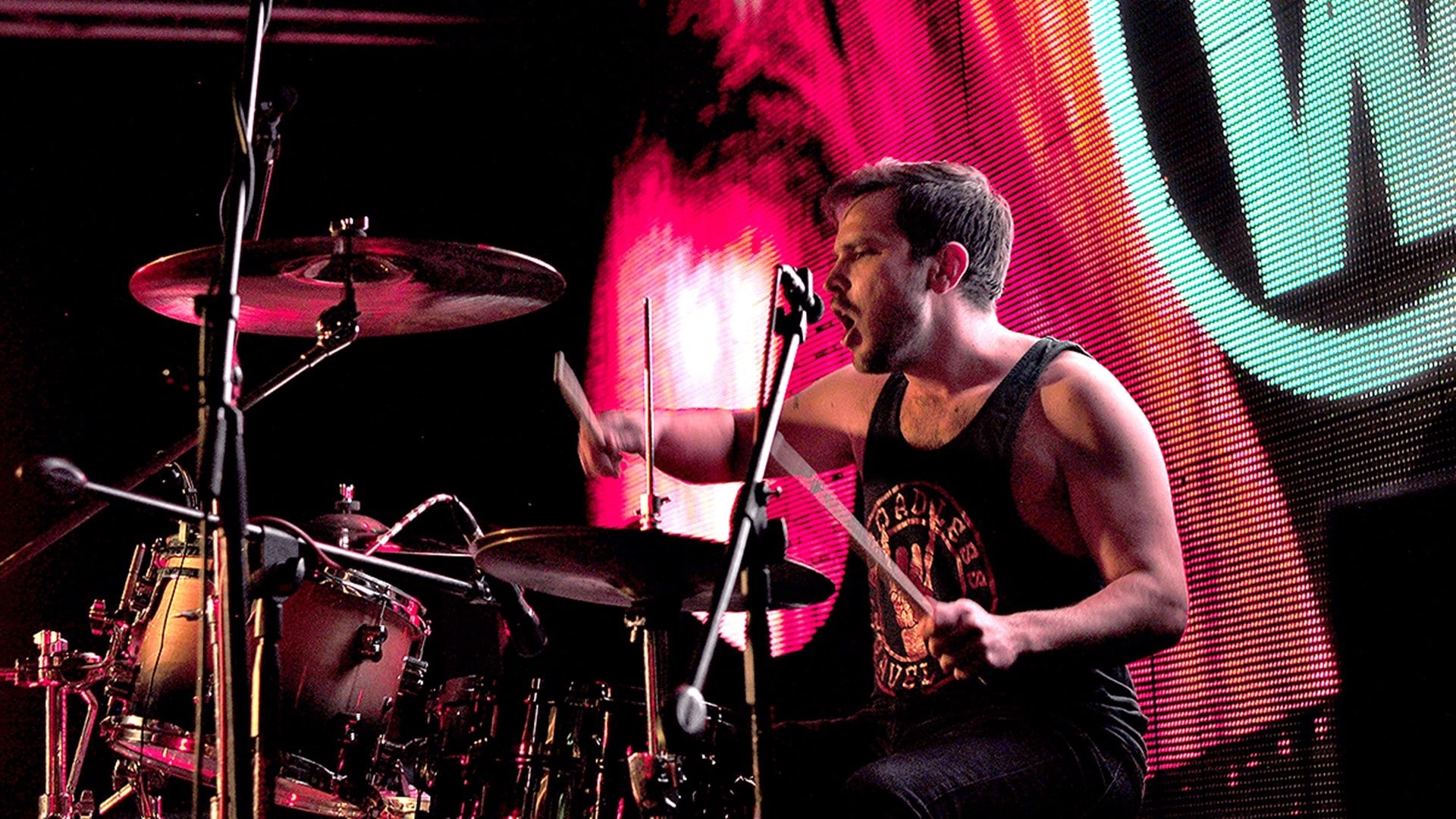 MP: What does your average day or week look like?

Jono: We are in a really good space with WONDERboom right now and are gigging every weekend. With the practice here and there and a day job, I get to see my wife and sleep on Sundays. But I’m not complaining. I know I am very lucky to get to do what I do.

MP: How often do you practice on your own skill and how often does the band rehearse?

Jono: I put in a lot of time on my drumming pre-WONDERboom to allow myself to get to a standard that I am happy with. These days though, with gigs and life, I am happy if I can fit in a 2-hour personal practice session a week. The band practices only when necessary. Its everyone’s job to make sure they have their parts down before a big gig or if we are working on something new.

MP: Who are your drumming influences?

Jono: Growing up Travis Barker was my hero. Nowadays it’s Chad Smith, Kenny Aranoff and other “rock band” drummers who create strong foundations for their bands.

MP: Your favorite music and bands? (Local and international)

MP: How has the music landscape changed for you and the band the last 5 years?

Jono: The digital sales have come and gone. Its amazing. Everything is streaming now. On the ground though I find people forget how much they enjoy rock music. They got caught up in listening to commercial stations whose sole purpose is to sell advertising and read fast fleeting trends. I find people getting lost in the marketing storm now more than before. But trends will come and go.

MP: You’ve recently joined the Vater and Sabian South Africa family. How did that come about?

Jono: The band has been on a good wave lately with new singles and the Guns ‘n Roses announcement. We have a great relationship with Dayne Marshall of Marshall Music and they are essentially the distributors of Sabian and Vater. So I think the timing was right. I can offer exposure for their brands and they can offer me quality products. That’s what it’s all about in reality.

MP: Do you chop and change between live and the studio or does your setup stay more or less the same?

Jono: I play my 6-piece Tama Starclassic Bubinga kit in the studio. It is a monster. As much as I would love to play it everywhere it just isn’t practical so I play a standard 4-piece setup at most gigs. Drums are usually provided at the kind of gigs we play so I’ll just bring my trusty steel 6.5 x 14 snare, Sabian Cymbals, pedal and Vater sticks. For our current acoustic tour I’ve put together an interesting kit. I converted my 16-inch floor tom to a kick drum, use my 13 inch piccolo snare and 14 inch floor tom. In place of a high tom I mount my tambourine and have exchanged my 18 and 20 inch crashes for a 16 inch crash and 8 inch splash. I play the kit in different styles with wire brushes, monster brushes, blastics and add a shaker for good measure. MP: Opening for Guns ‘n Roses…does it get any better or bigger than that?

Jono: In a word… NO! To play with those legends on the 4th highest grossing tour of all time, in the 5th biggest stadium in the world is insane. I’m still struggling to come to terms with it. I’m so honoured and am fully aware that it could be the highlight of my life ?.

MP: What’s next for you guys?

Jono: We are currently touring the country with our acoustic “Best Side Story” tour. It’s a proper show where we open up to our fans and let them in on the stories behind the music while breaking them down a bit more intimately. Then some festivals, then Guns ‘n Roses followed by a December tour which we will announce soon. Then… more new music in the new year I’m pretty sure.

To stay in touch with the band

To stay in touch with Jono

Their latest music video, Praying Mantis was released a month ago, have a look below