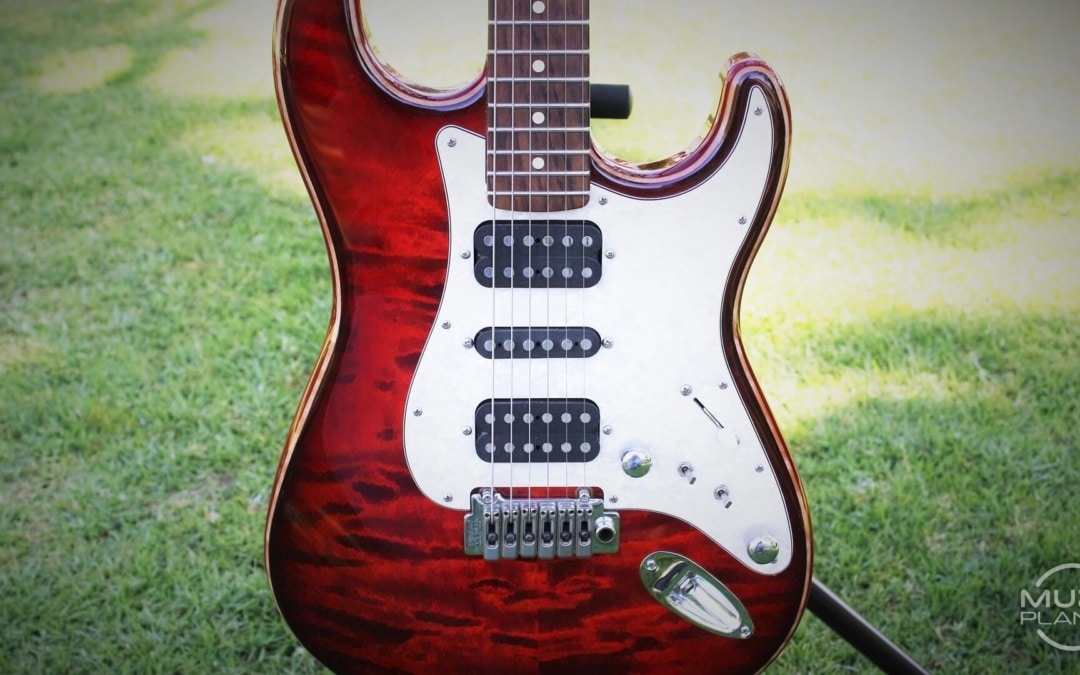 Only three years after taking up electric guitar for the first time, I find Heini Berner in the role of lead guitarist for Joshua na die reën, arguably one of the best Afrikaans rock bands in the country. His gig with the band came through friendship. Heini and Jacques de Villiers (singer and song writer) have been friends for a long time. Three years ago Jacques approached Heini to accompany him on a few gigs. The idea was to start small, play some gigs in small venues and see how it goes from there. The aim was to build it up over time. Heini thought it wasn’t a bad idea and started learning a few chords on guitar. No one could have foreseen that Jacques’s career would take off so quickly and that they would fill venues across the country within two years. I caught up with Heini at L’Avenir Wine Estate just outside of Stellenbosch. 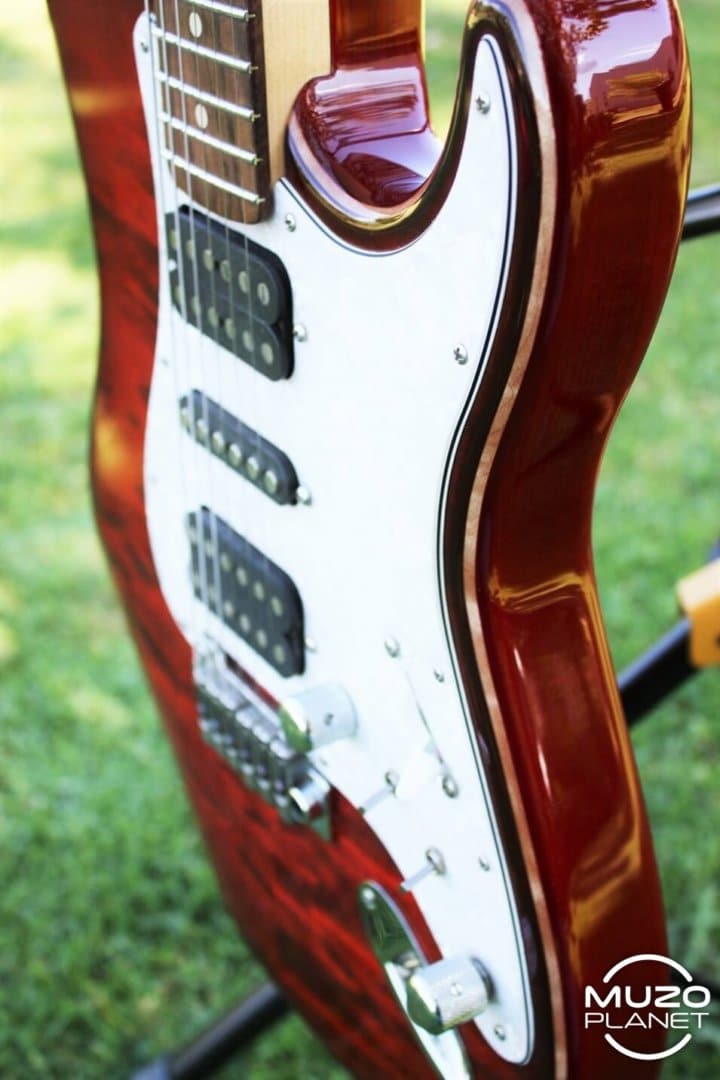 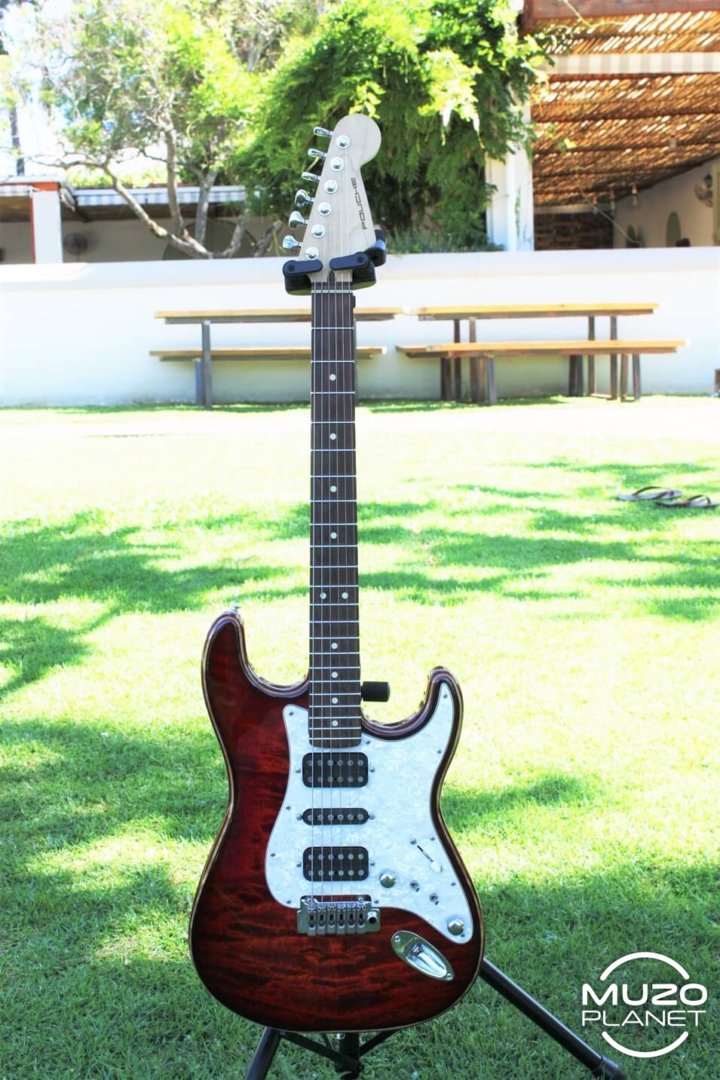 Heini uses a custom built Fouche guitar with a maple top and ash body. Heini chose Ken Armstrong pickups in a HSH configuration. The strings are anchored at the body end with a floating Wilkinson WVS 50 IIK bridge. He sets the vibrato flush to the body.

There is some voodoo going on in the electronics department. Apart from master volume and tone controls, there are two toggle switches which acts as coil splits for the neck and bridge humbuckers respectively. In combination with the 5-way pickup selector this provides a lot of tonal options. The secret weapon however is in the push-pull master volume control that bypasses the tone stack and connects the bridge humbucker directly with the output socket. Heini uses this for solos as it increases the overall volume and high frequencies. 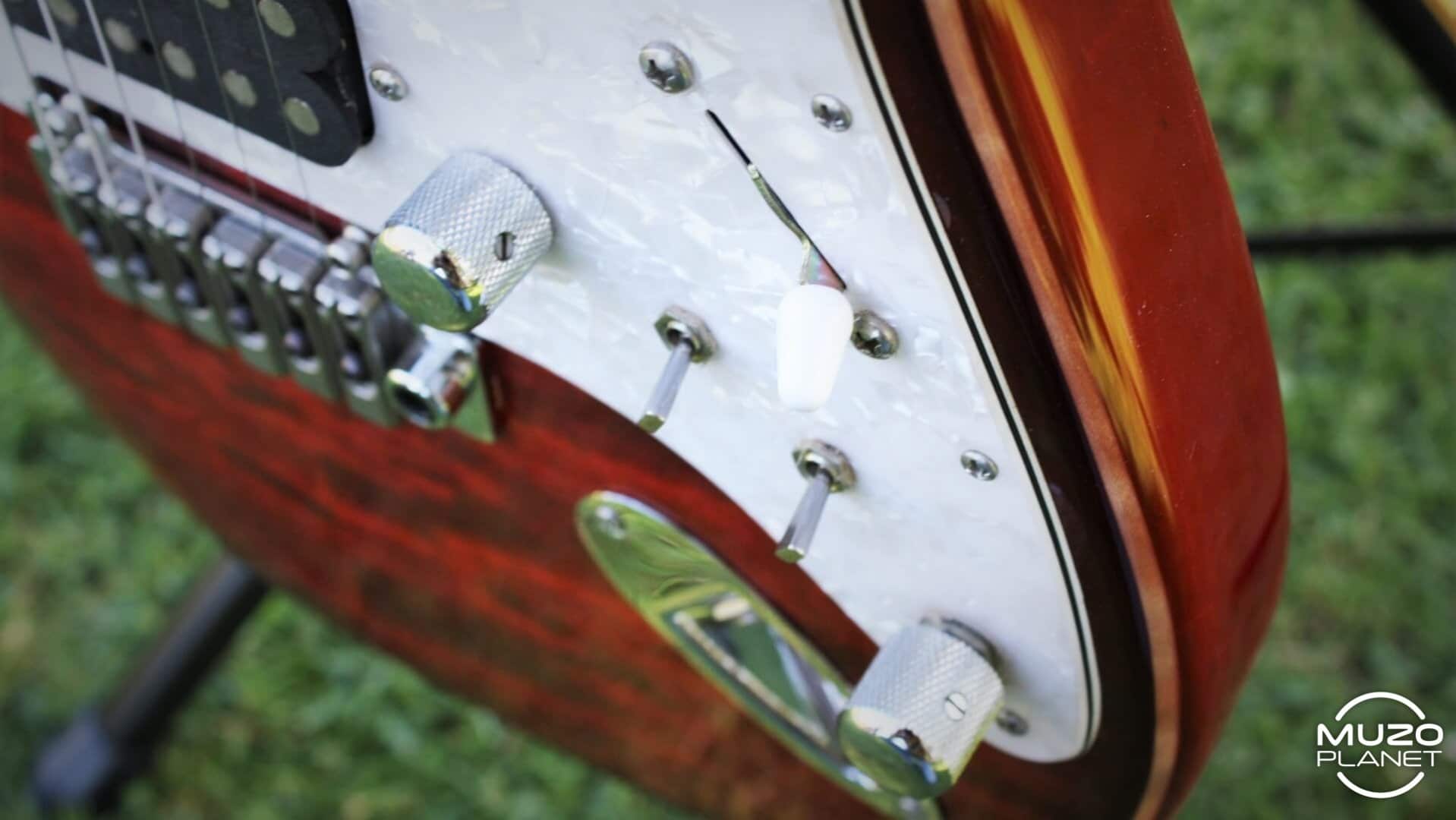 The guitar has a maple neck with a rosewood fretboard and stainless steel frets. Heini ordered a neck that is wider than standard Stratocaster specs. It becomes apparent when you view the fretboard real estate between the two E-strings and the edge of the fretboard. There is no chance of either string slipping off the fretboard while playing, except if you try it intentionally of course… As a nod to his famous blues players, Heini opted not to have a trem cover installed at the back of the guitar. 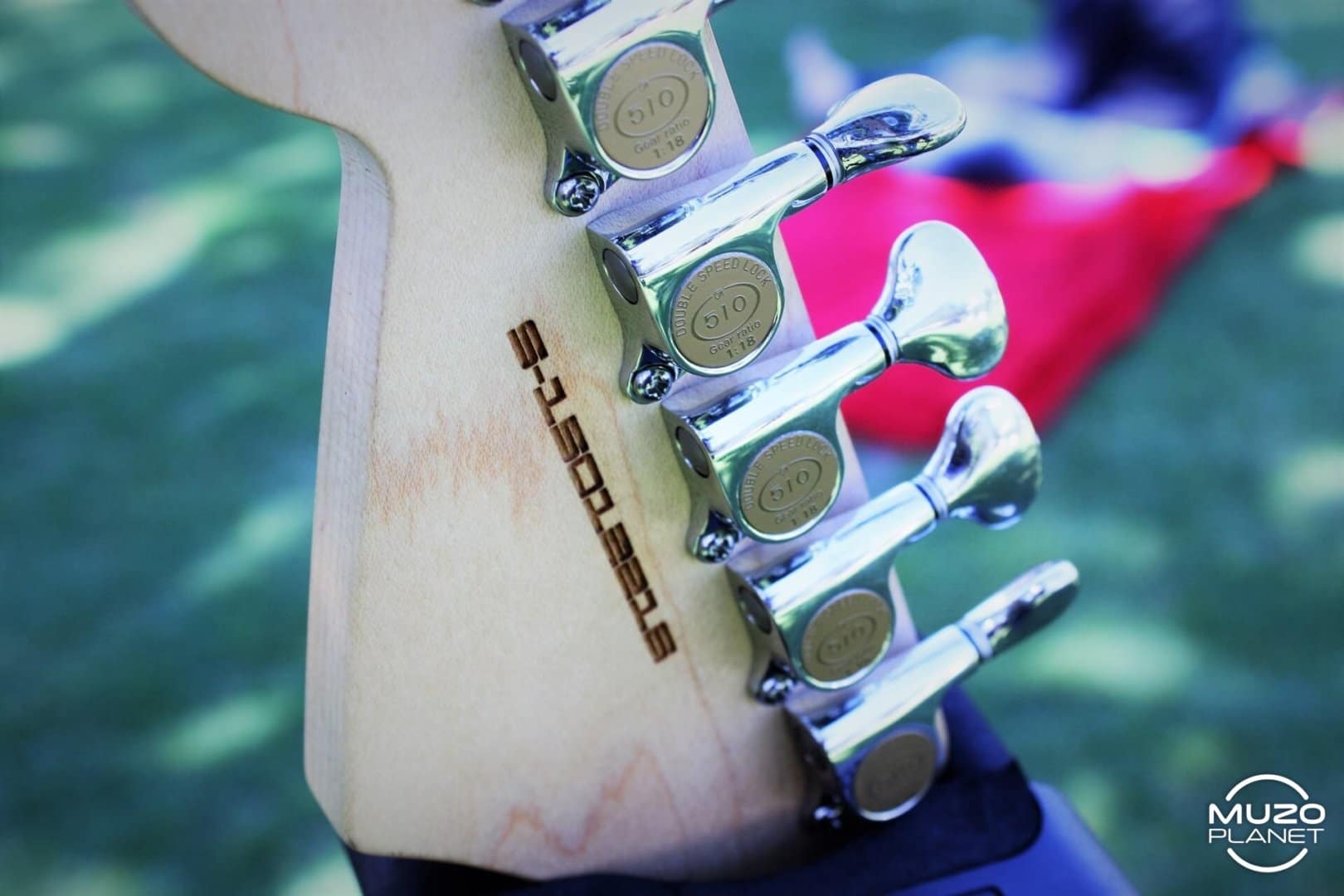 Heini brought his “fly board” along on tour to save some space on the flight. First pedal in line is an Exotic Effects SP Compressor. From there the signal goes to a MI Effects Blues Pro II and then to the Tech21 RK5 (Ritchie Kotzen Fly Rig). Heini loves the drive on this unit. Next in line is a Visual Sound Visual Volume pedal. The Visual Volume has a tuner out which serves a TC Electronic Mini tuner pedal. The last two pedals are a Strymon Timeline delay and a TC Electronics Hall of Fame reverb. Heini’s amp of choice is a Fender Hot Rod, but for this gig he had to borrow what was available. He ended up using my JP le Roux Aftershock and was very impressed. 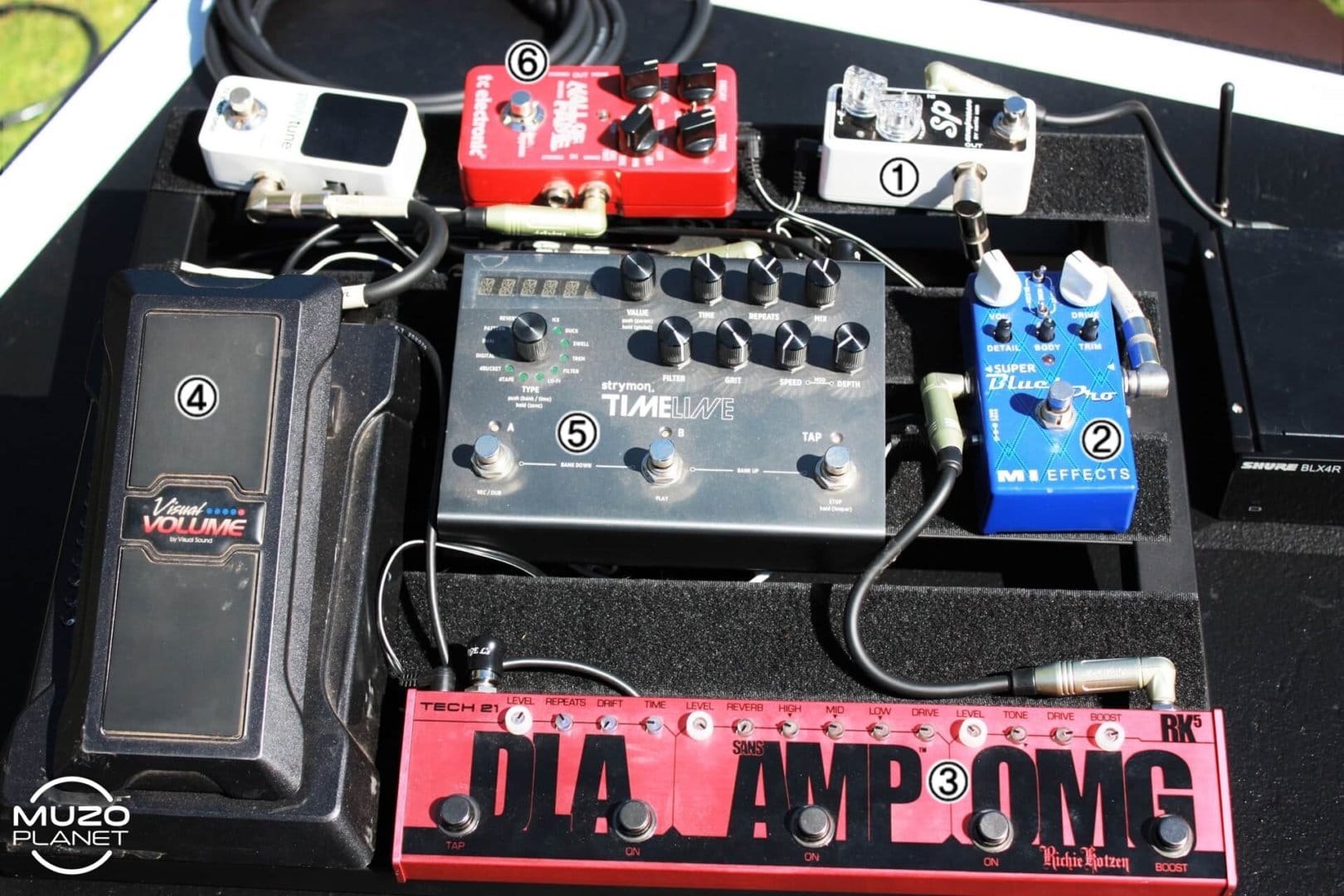