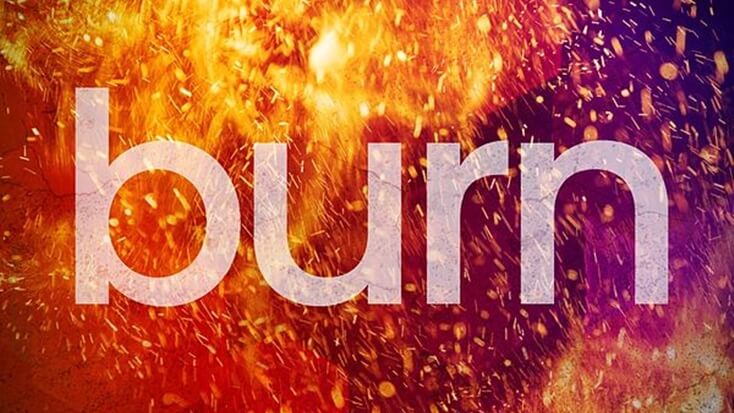 Over time I’ve learned that there is a big difference between recording and playing live. It requires different skills. Although there are similarities and overlaps, each scenario calls for strengths in different areas. One area that is often overlooked is how precise and “clean” you can play. On a loud and sweaty stage, you can get away with sloppy technique, especially when the crowd is none the wiser. You can bend slightly out of tune; your intonation can be slightly off, and strings can ring through (or be muted unintended) due to sloppy fingering. All this can happen without stopping the gig. In the studio, however, these things will stop a recording session faster than the average lead guitarist will fade when presented with sheet music.

I was recently called in for a session at Upper Room Studios during which the reality of the above was reinforced. I had to lay down some tracks on a new song called Burn. It is a Christian song with a huge chorus and a very catchy verse. It is a lesson in great songwriting. We decided to go for a very thin and trebly sound for the main riff in the verse. We wanted it to cut through the mix – almost “punkish” in a sense. I immediately went for my Stratocaster with a single-coil in the bridge. It is the same guitar I wrote about here which you can see in the pic below. It was a great choice, exactly the sound we were looking for. Off to a great start then. Unfortunately, not for long. The song is in F and the riff starts on the root note (E-string first fret). Although the guitar was perfectly in tune, every tine I fretted the F note it sounded sharp. And not only slightly, I mean REALLY sharp. I used this guitar many times live and it never bothered anyone. In the studio, however, it rendered the guitar virtually unusable.

We tried to compensate by tuning slightly flat, but we could not get to a compromise that made the pitch of both the open string and the fretted note acceptable. We had two options. The first was to record the riff in sections tuning up and down and then merge it later. Secondly, we could decide on a specific tuning and fix tuning issues programmatically with pitch correction. Although both can get the job done, it caused unnecessary effort and time delays. Anybody working in a studio will know that time is money, so this was utterly unacceptable in my book.

A few days later the guitar was at Foster Guitar Works for trouble-shooting. The nut was identified as the culprit and after a bit of TLC and a general setup, the guitar was ready for action. I recorded a few tracks with it since and it did not disappoint. The moral of the story is that when you want to put yourself in the market for session work, you need to have your guitars set up properly. Focus on the following:
1. The guitar must play in tune. Check your nut and make sure the intonation is spot-on.
2. Ensure that the electronics work. There should be no crackles or static pop sounds when you brush over the guitar or turn pots.
3. Ensure that the guitar does not make any additional noises apart from what comes through the pickups. A squeaky bridge can cause havoc if you record the electric guitar acoustically like some engineers and producers actually do nowadays.

Want to hear what the final product sounds like? Listen here.