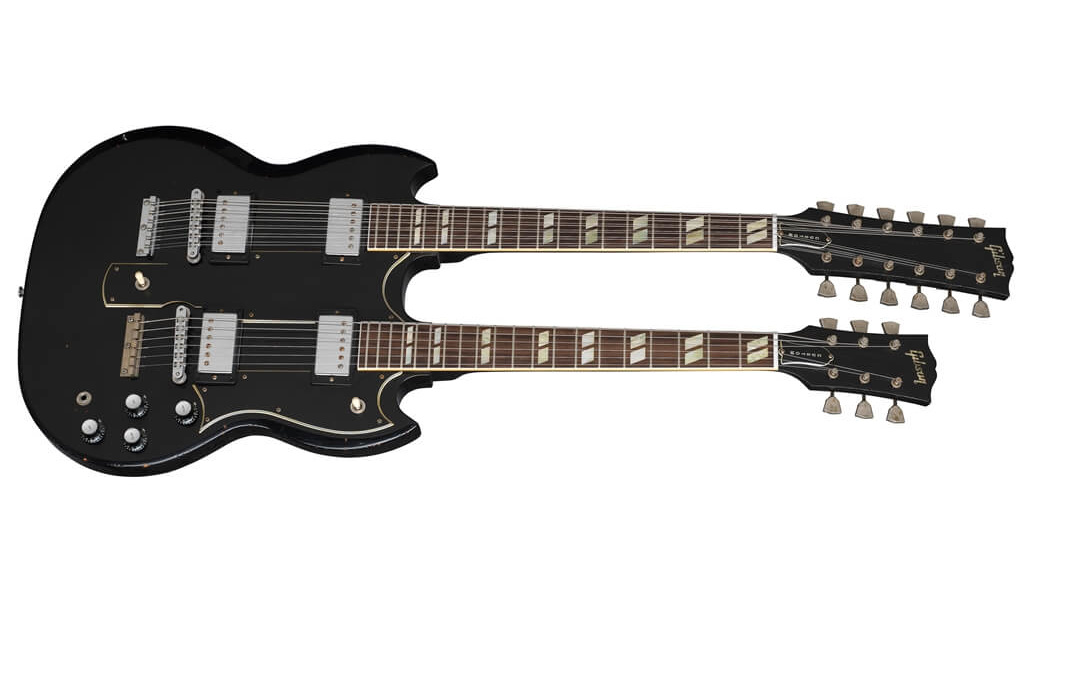 Gibson, the legitimate leader in professional instruments proudly presents the Slash 1966 EDS-1275 Doubleneck. A pre-sale period that was officially underway since 11 September 2019 for the Slash 1966 EDS-1275 Doubleneck guitars, sold through select Authorized Gibson dealers will be available in-store October 1st. Whether that includes South Africa is unknown at this point.

SLASH bought the original guitar from a small music store in Indiana in 1990 and put it into rotation almost immediately. Using the natural chime and chorus of the twelve-string neck and composing epic solos on the other, became a favourite tool for studio and stage and an indelible part of SLASH’s signature sound. Gibson is proud to present this exact replica of the original guitar, constructed and aged by the skilled craftspeople at the Gibson Custom Shop in Nashville, TN. Each Slash 1966 EDS-1275 Doubleneck will be hand-signed by SLASH himself and includes a striking vintage replica hardshell case, a custom SLASH concho guitar strap and a Certificate of Authenticity. 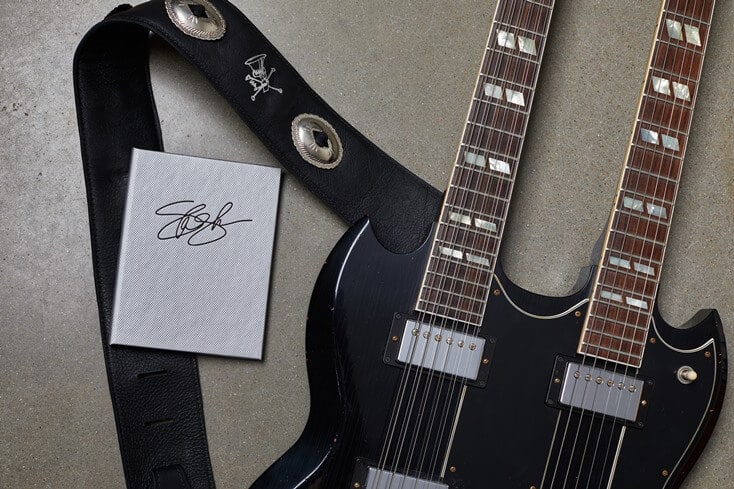 “Slash continues to inspire legions of players all over the globe,” adds Cesar Gueikian, Chief Merchant Officer at Gibson. “The creation of new 1966 EDS-1275 Doubleneck is the perfect way to pay homage to Slash’s extreme talent and share a favourite guitar with generations to come.”

The release of the new Slash 1966 EDS-1275 Doubleneck comes as SLASH and his band, Slash Featuring Myles Kennedy And The Conspirators recently wrapped their 2018-2019 headlining world tour in support of their most recent studio album, the critically acclaimed LIVING THE DREAM. LIVING THE DREAM (Snakepit Records/RoadRunner Records) is the third full-length offering from Slash Ft Myles Kennedy And the Conspirators. The Los Angeles Times described LIVING THE DREAM as, “his best work since the demise of Velvet Revolver. …full of “unexpected funk, boogie, blues and garage rock influences.” While Rolling Stone declared it, “a biting blues filigree at the end of a riff, weeping solos full of long notes, boogie-woogie riffs.” Elsewhere, Classic Rock magazine added, “it’s the bands third and Best Album, ‘The Great Pretender’ is the album’s masterpiece and one of the best things Slash has ever done.” With the Top 5 rock song “Driving Rain,” and its live-action, animated video, as well as, the best critical acclaim of their career, LIVING THE DREAM debuted with 10, Top 10 chart placements around the world. The current single “Mind Your Manners”–which Rolling Stone hailed “a menacing blues-rocker”–continues to climb the charts at Rock radio. “Mind Your Manners” follows “Driving Rain”–SLASH’s fastest rising single to date–which recently became the band’s 5th, Top 5 radio hit in a row. Slash Featuring Myles Kennedy And The Conspirators have now had 7 consecutive, Top 10 hit singles at radio and will release a special live concert album and DVD titled the LIVING THE DREAM TOUR worldwide on September 20, 2019 via Eagle Vision: Here. Fans can purchase or stream the new album LIVING THE DREAM Here. Catch Slash and his 1966 EDS-1275 Doubleneck live in action this fall as he rejoins his Guns N’ Roses bandmates for the next leg of their Not In This Lifetime tour, which restarts at the end of September. 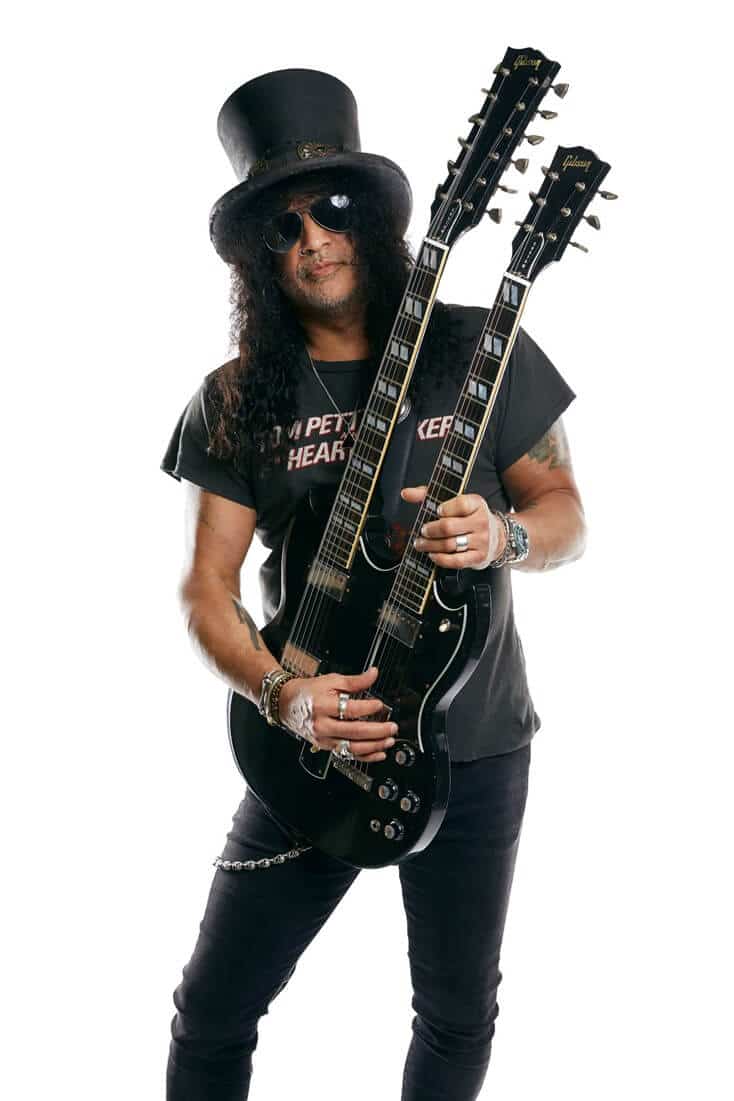