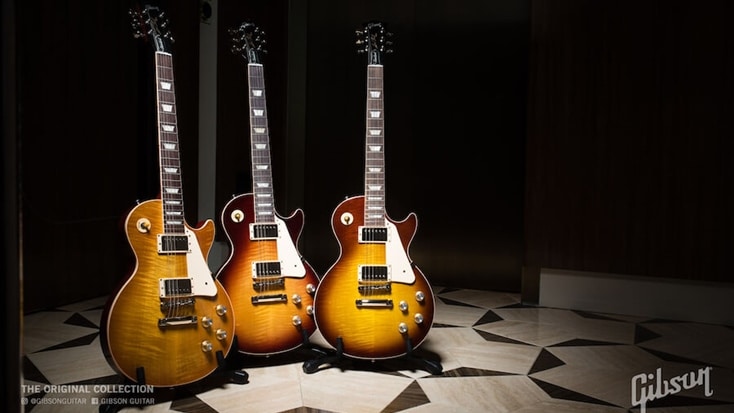 For the past 126 years, Gibson has been synonymous with creating and shaping sound. The new Gibson era celebrates the iconic models of the Gibson Golden Era while leaning into the future with instruments that nurture new players across generations, genders, and genres of music. In 2019, Gibson is offering new, relevant and award-winning guitars. Combined with a re-energized brand and renewed commitment from all Gibson artists, 2020 is set to take Gibson to the next level as they showcase the new line-up, launch history-making new collections and artist collaborations during Winter NAMM 2020 in Anaheim, CA (January 15-19).

The Gibson Original Collection brings classic design, innovation and authenticity back into the hands of Gibson fans. These include the legendary Les Paul Standard 50’s and 60’s. “Less than one year ago we launched the new Original Collection as a way of going back to the 50’s and 60’s, to pay tribute to our iconic Golden Era bringing those classic designs back into the hands of Gibson fans” says Cesar Gueikian, Chief Merchant Officer of Gibson.

“The Modern Collection reflects a new era of innovation, something Orville Gibson started in 1894 and Ted McCarty fueled in the 50’s and 60’s. It incorporates many contemporary updates that players have embraced, such as lighter-weight bodies, push-pull systems to switch between the Burst Bucker and P90 sounds, innovative slim-taper necks with asymmetrical profiles, shaved heels for effortless access to the highest frets,” adds Cesar.

In a history-making move, Gibson will launch the first-ever Slash Collection. It includes four Les Paul and two J-45 influential Gibson guitars Slash has used during his career, inspiring multiple generations of players around the world. The Slash Collection can be seen live on stage with Slash today. 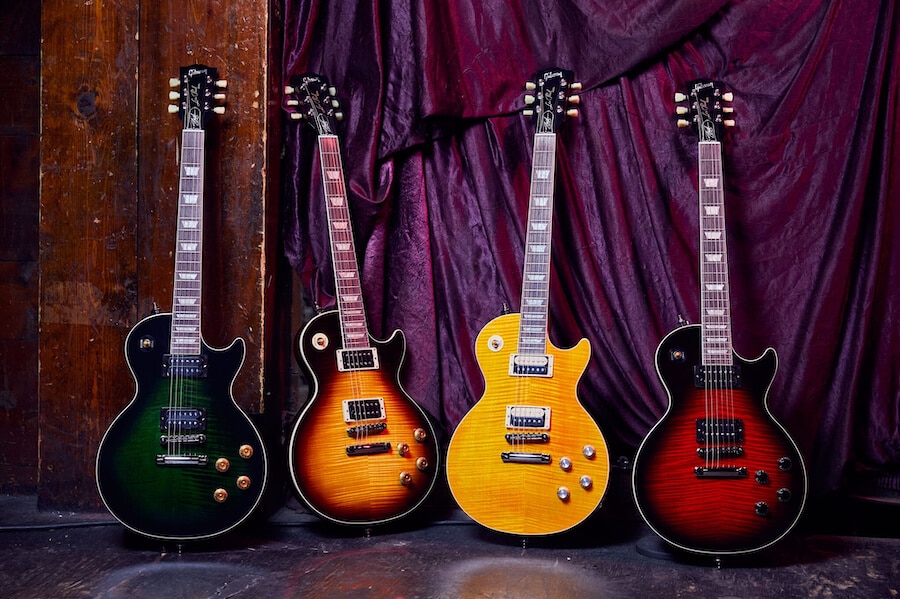 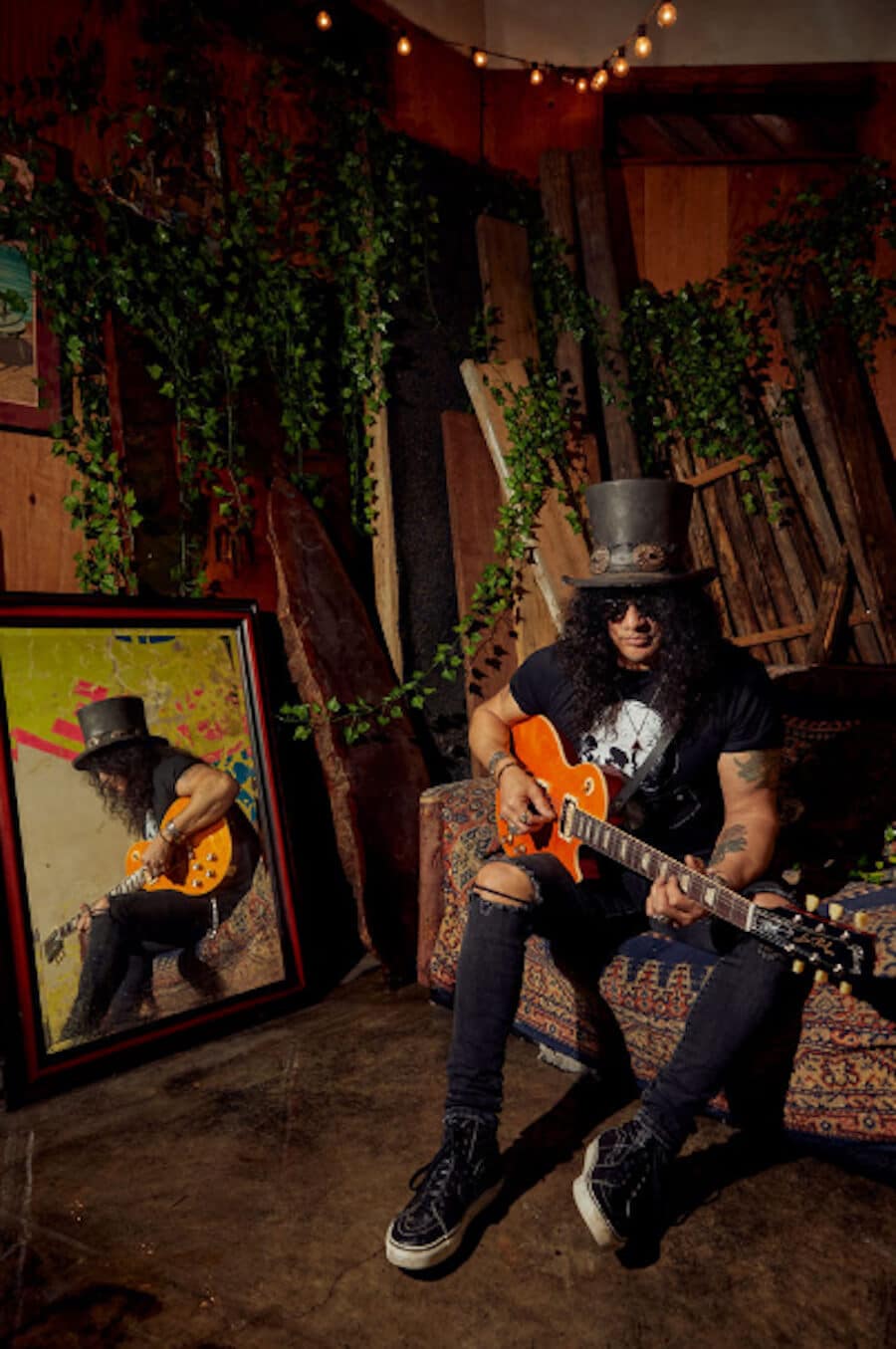 Slash and his Gibson Les Paul Standard in Appetite Burst.

Gibson is expanding the Original Collection with new 70s-style Flying V and Explorer. The iconic ‘70s Flying V has been redesigned with a bound rosewood fingerboard, slim taper neck, and a pair of uncovered ‘70s tribute burstbuckers all hand-wired with orange drop capacitors and available in classic white finish with matching headstock, silver reflector knobs and chrome hardware. The ‘70s Explorer has traveled stages the world over. Now featuring a pair of ‘70s tribute burstbuckers, hand-wired with orange drop capacitors, this new Gibson Explorer begs to be played loud. With its classic white finish, bound rosewood fingerboard, black speed knobs and chrome hardware, it looks as iconic as the generation of music it helped create. 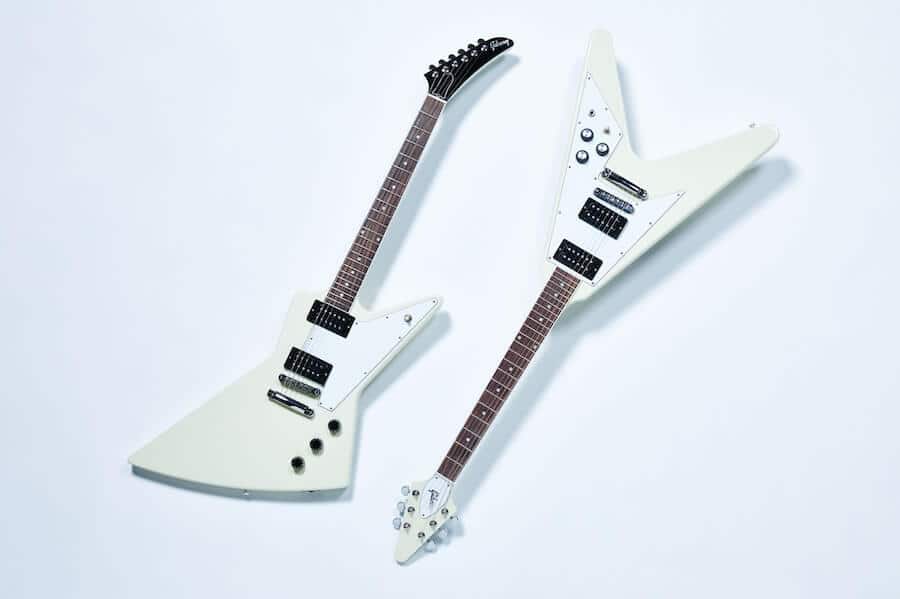 Gibson is adding to the Modern Collection with a new Les Paul Special Tribute in two configurations of pickups (Humbucker and P-90). 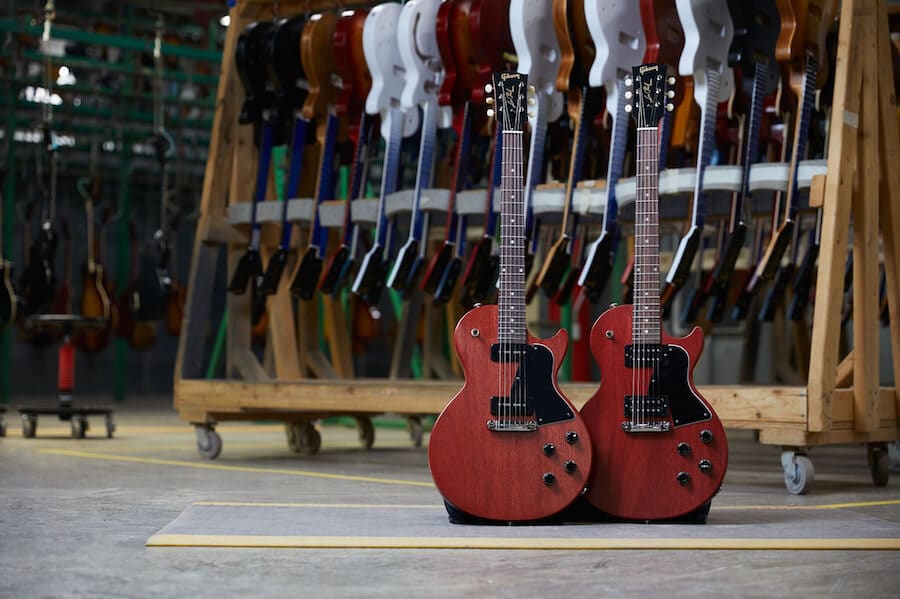