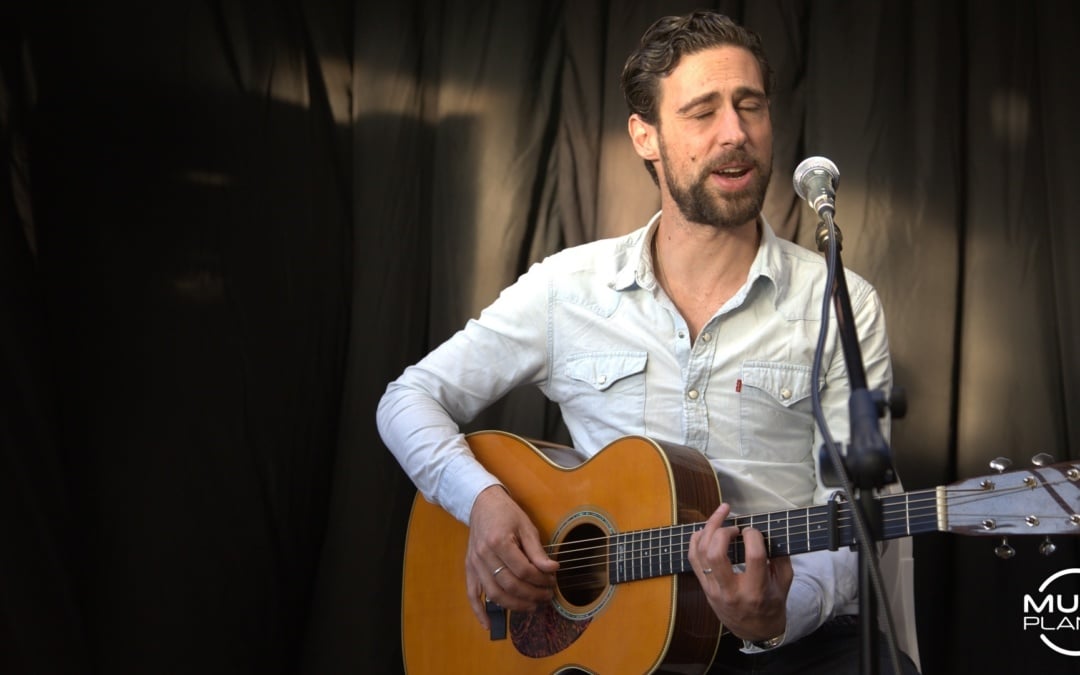 We caught up with Dan Patlansky on his solo acoustic tour at Die Bôrdinghuis in Wellington. It is just him on stage tonight which seems a bit odd at first if you are used to seeing Dan with his electric guitar fronting a full band consisting of a drummer, bassist and more recent addition of a keyboard player. But this time of year he usually does a solo acoustic tour leaving the band at home. Just a week ago he arrived back from yet another successful European tour, so this can be seen as some me-time, sharpening his mind and refocusing his vision.

Dan’s main acoustic is a Martin John Mayer signature OM model which he got about 10 years ago. In Dan’s words: “I am not an acoustic player really. Electric is my thing. This guitar feels to me more like an electric as the neck is quite slim and I just liked it from the first time I played it. It also has a smaller body shape which makes it more controllable live and it does not feedback as much. It is not a great strumming guitar – it can do it, but for single note stuff the articulation is great”.

Dan uses the OMJM model (John Mayer signature model). It features an Engelmann spruce top, Indian rosewood back and sides and ebony for the fingerboard and bridge. Martin lists the neck material as “Select hardwood”. 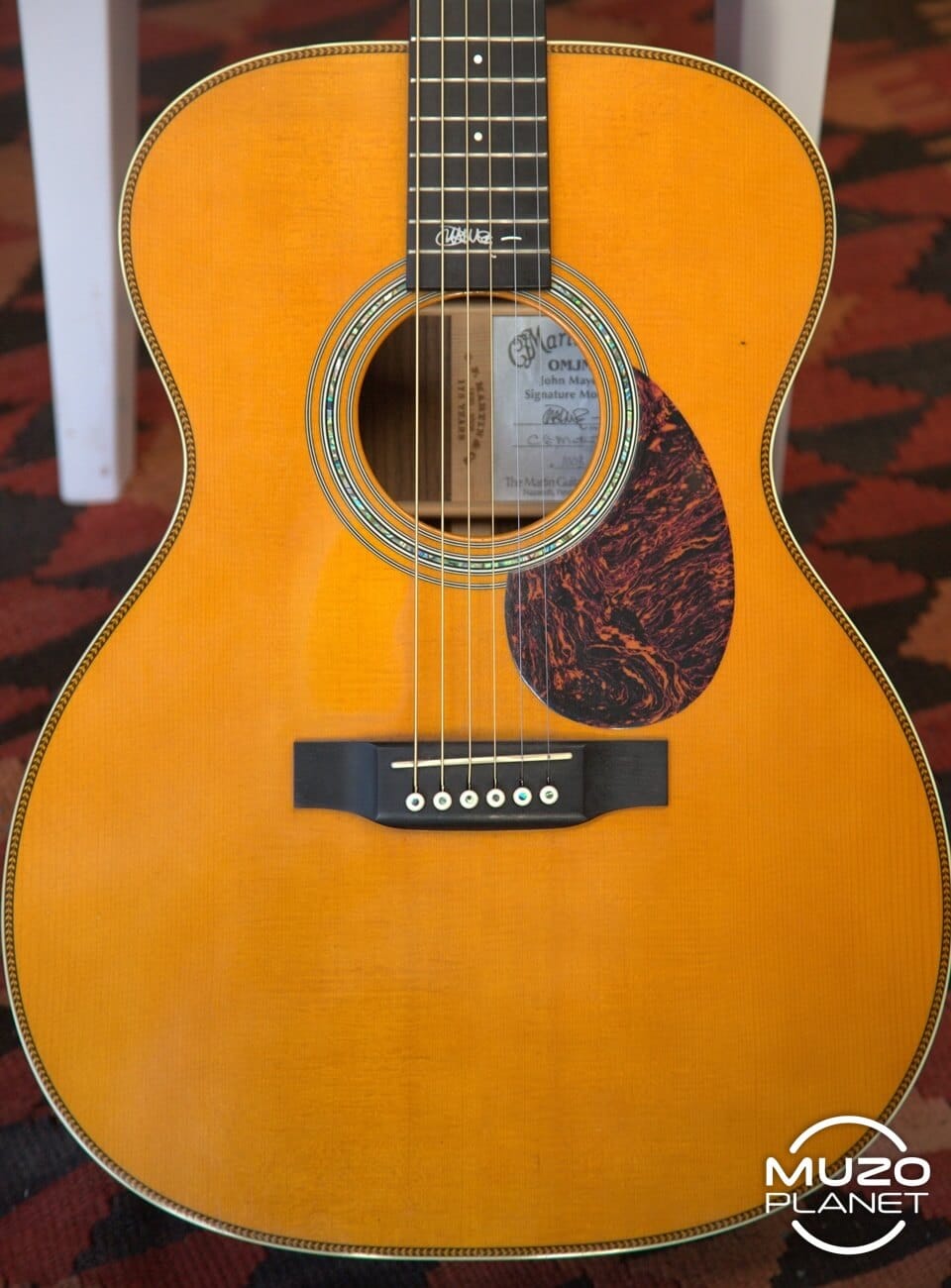 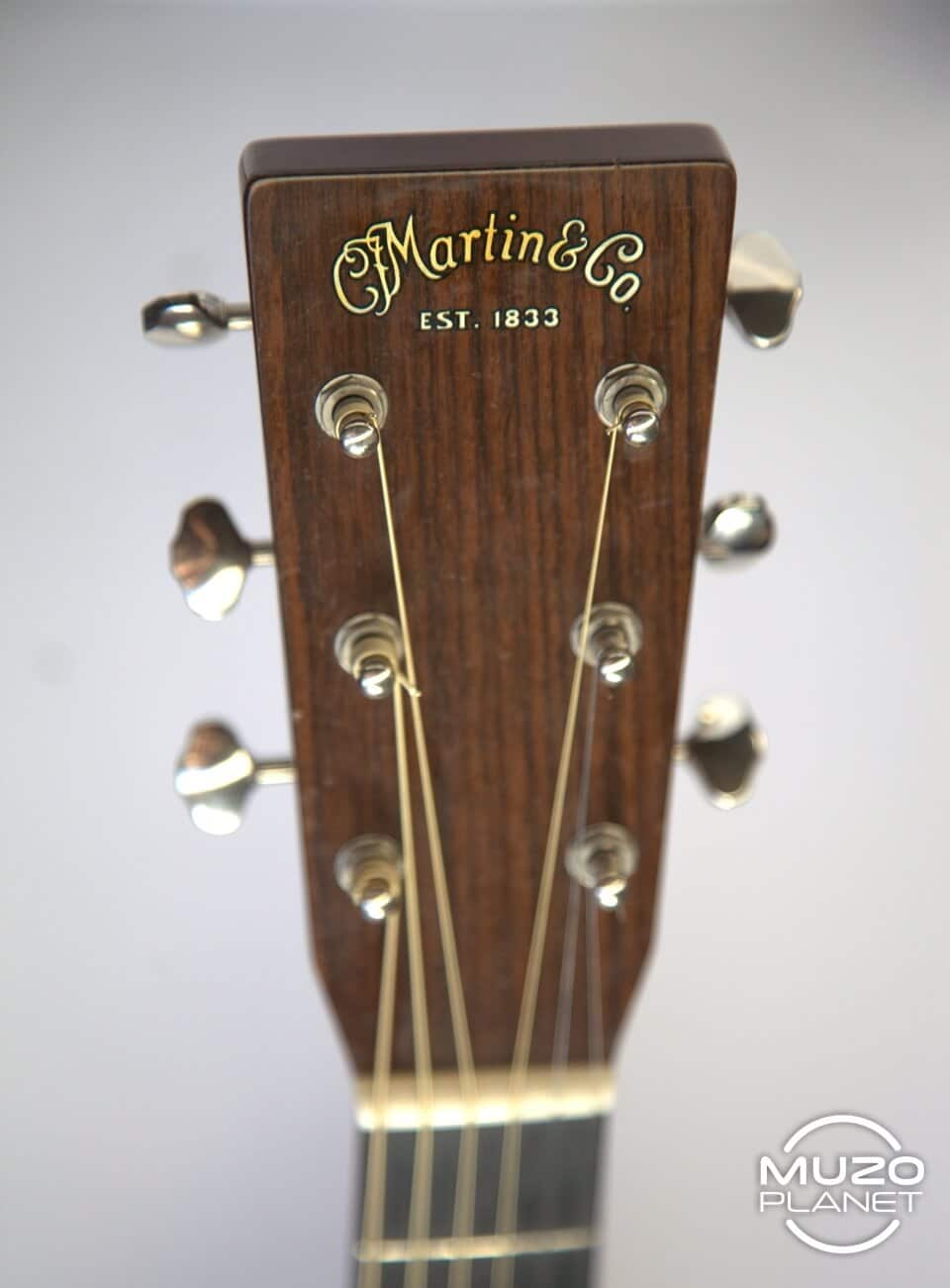 The guitar still has the stock pickup that comes with the OMJM model which Martin lists as the Fishman Gold Plus Natural 1. It does not have any on-board controls, so Dan uses the Radial PZ-PRE Acoustic Instrument Preamp. “The PZ-PRE for me is one of the coolest stuff. You get far more expensive pre-amps for acoustic guitars, but for stuff you can get in a store, this is so nice. If you compare that with the sound straight into a basic DI, the difference is incredible. I do not really use the EQ on it. The EQ you heard during sound check was flat on the board and flat on the PZ-PRE. I only use the EQ’s when I have to go through a crappy system that needs an EQ or when the room is not great. It is a very cool unit as it has notch filters to eliminate feedback”. 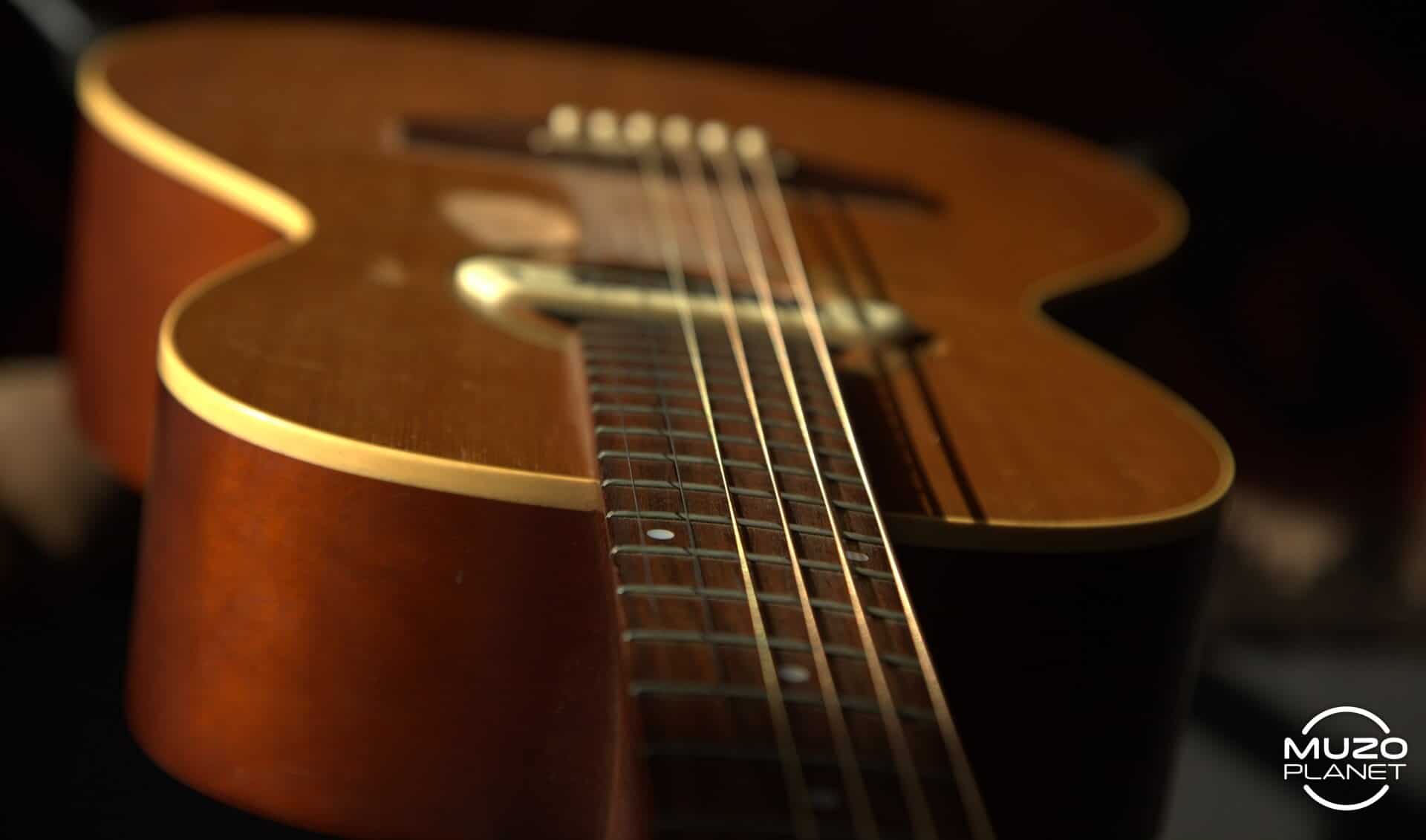 The PZ-PRE has two inputs and Dan runs his second acoustic through the unit as well. This guitar is dedicated to slide duties and is a “cheap” ‘Seagull’ model. “Yes, this is a cheap one – very, very cheap. If you string it up normally it does not sound very good, but because it has such a small body it is very trashy sounding and mid-rangy, which is perfect for slide.” Dan confirms that all the scratches and dents are authentic wear and tear – also the spot below the treble E string where he is steadily carving through the top. No artificial ageing here. The Seagull is fitted with a LR Baggs M80 sound hole pickup. 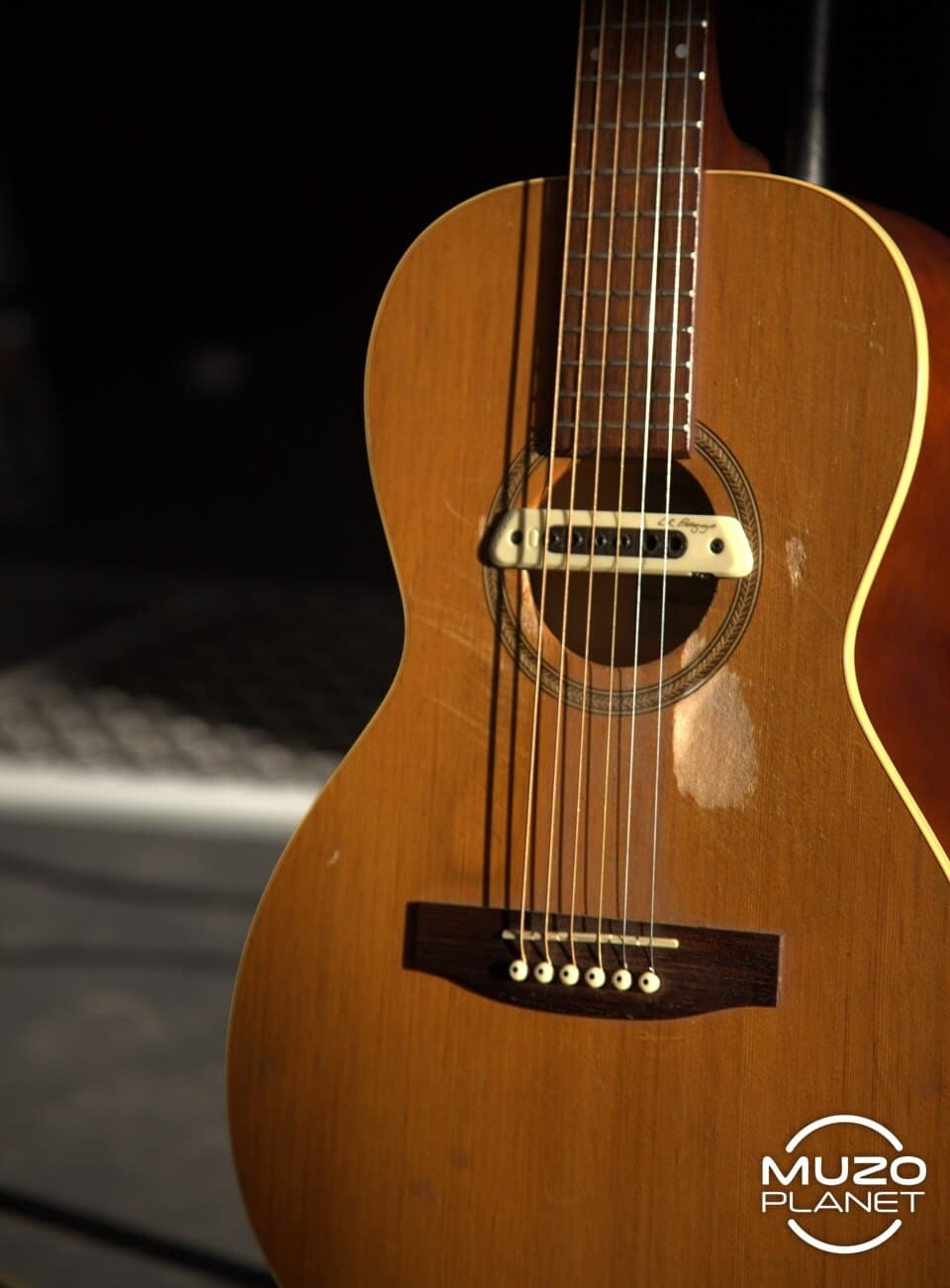 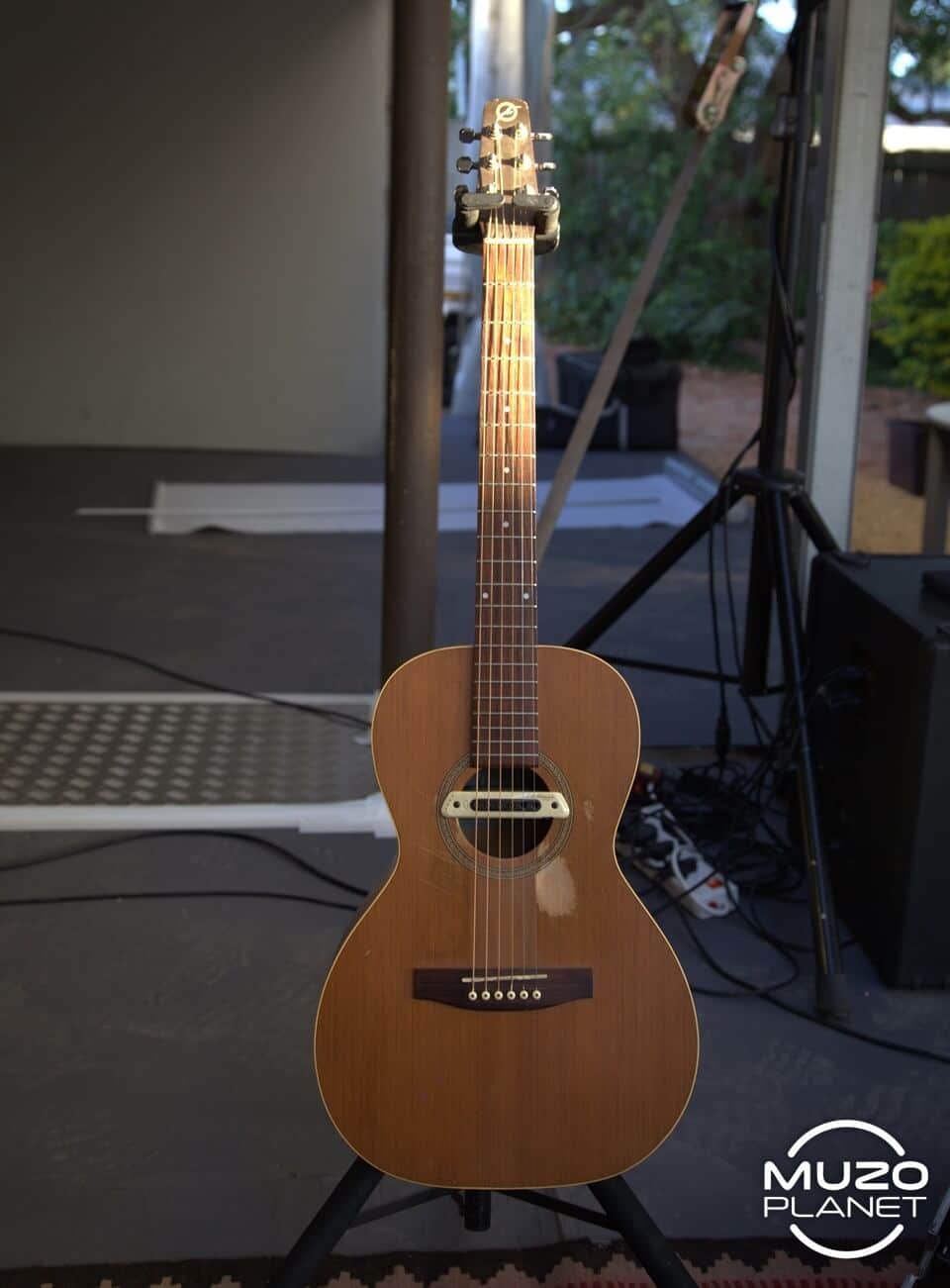 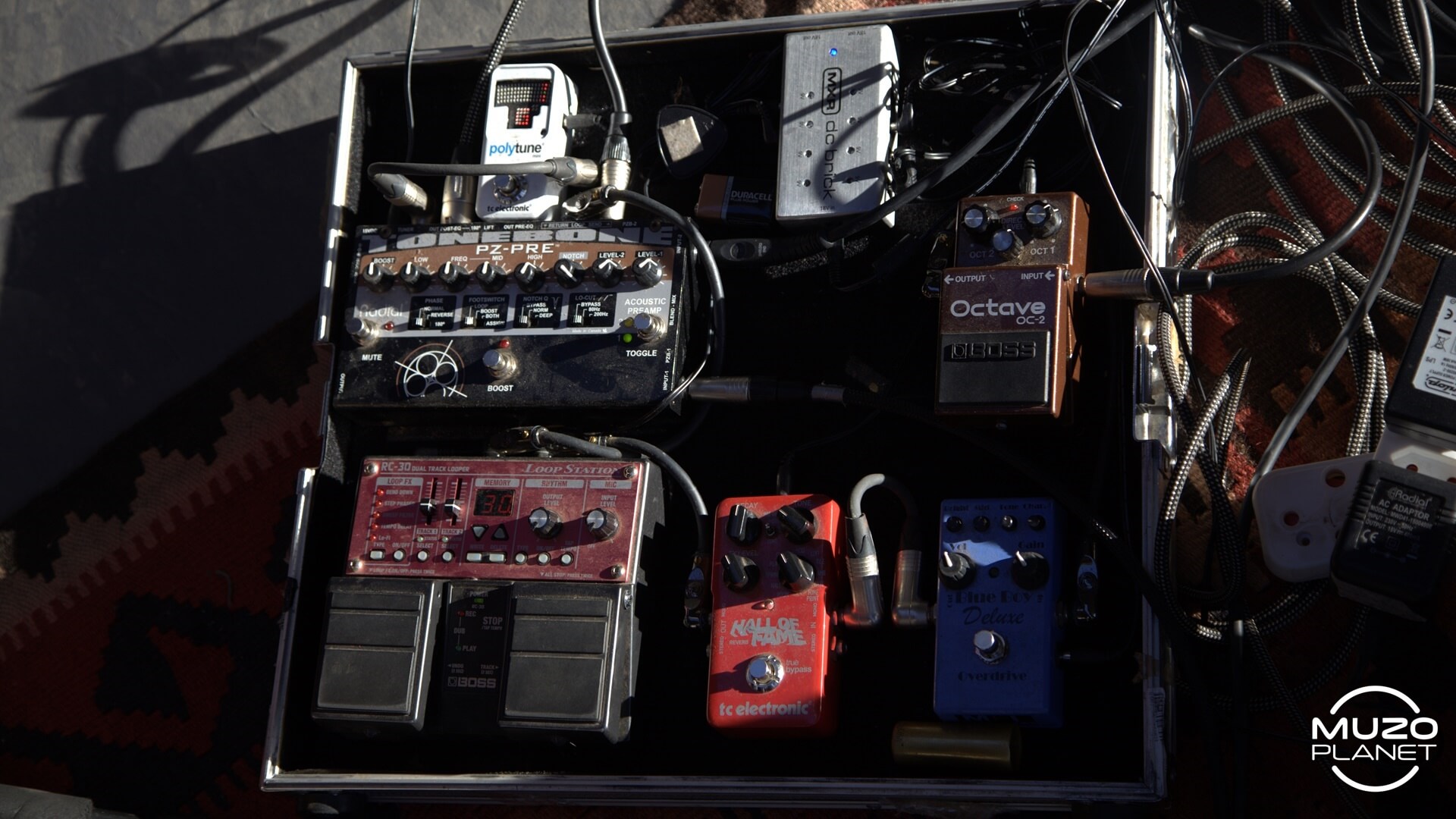 A Boss OC-2 Octave pedal gets used on one or two songs followed by an MI Audio Blues Boy Deluxe overdrive pedal. Dan is a well-known user of MI Audio pedals on his electric, specifically the MI Audio Blues Pro. “Yeah, I mean it is weird putting an acoustic through an overdrive as it is not really done very much, but it sounds cool. I am doing it completely wrong but it works as I am putting the overdrive through the PZ-PRE’s effects loop which is something you should not do. It should be hitting the front-end. All the effects are running through the effects loop and it works like a bomb. The reason the Blue Boy Deluxe is on the board (rather than the Blues Pro) is that it has more tonal shaping options. So I can EQ the one guitar different to the other without touching the PZ-PRE’s EQ. I never play the slide guitar without the Blue Boy, for that it is always on.”

The next pedal in line is a TC Electronics Hall of Fame. “The Hall of Fame is very cool. For the most part I use a subtle setting – it is a very pretty reverb. It does get lost a bit if you play it in a full band but for the acoustic it is fantastic.” Last in line is a Boss RC-30 for live looping duties. Tuner duties is covered by a TC Electronics Polytune Mini and all the pedals are powered with a MXR dc brick.

For slide duties Dan prefers brass on the acoustic and glass on electric. “If you use brass on electric for me it is a bit brash, a bit sharp. It is however cool on acoustic – glass is a bit light for me on acoustic, too smooth.” In terms of string gauge, he prefers Elixir 12’s on the Martin and 14’s on the Seagull. Dan is of the opinion that cables do make a difference in tone. “It makes a big difference. Obviously I do not pay as much attention to that on acoustic as with electric, but it still counts. On the Martin I am using this cloth cable which was made for me by some guy here in the Western Cape. It has good jacks and is a good cable. On the slide guitar I use a Planet Waves cable.” 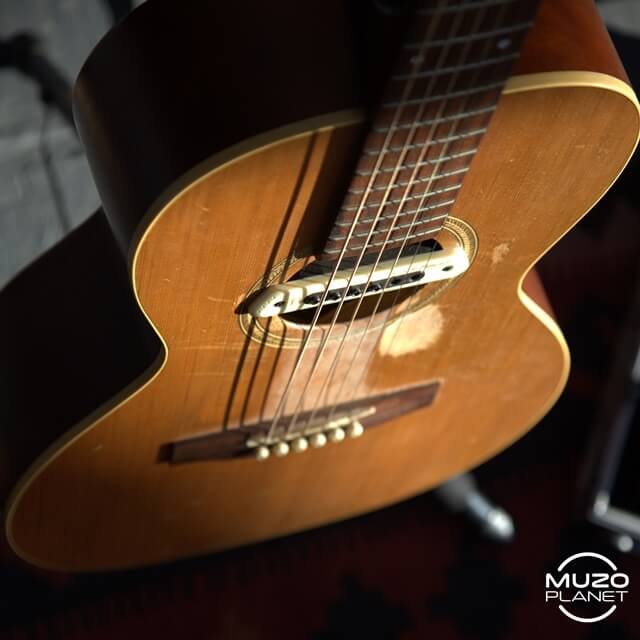 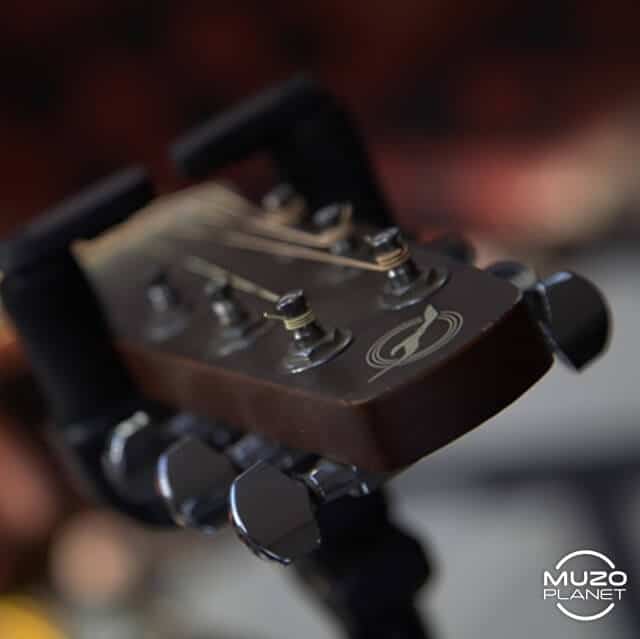